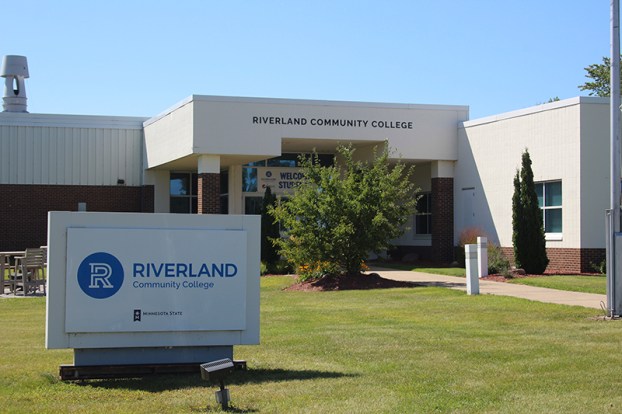 Riverland maneuvers through, learns from COVID

It’s been just over one year since Riverland Community College shut its three campuses in Austin, Albert Lea and Owatonna in the face of a growing worldwide pandemic.

In those early days, the college made a very early decision to close its doors, but at the time, most thought it would be a temporary situation.

“At the time we had no idea this would go this long,” said Riverland President Dr. Adenuga Atewologun Thursday. “We were still thinking we would have commencement.”

And yet, Riverland made the swift decision to get ahead of the situation.

Those involved settled on three goals they wanted to achieve: Keep employees and guests safe, make sure students reached their goals and make sure they could save as many jobs as possible.

“We’ve got to take responsibility,” Atewologun said. “We have to make sure we keep ourselves safe and our loved ones or those we interact with. Let’s understand this will go away eventually if we do it right and learn from it.”

Administration and students showed an amazing will to ensure those three goals were met, Atewologun said. In doing what was needed to ensure the school met its goals of education, the plans seemed to have worked. Atewologun said that there seems to have been very little lag in students receiving their education. In the time between, Riverland went on spring break. When the college shut down for a time, faculty made necessary changes to allow education to move forward. Later, Riverland was able to return to a form of education that was part in person, part online and part hybrid learning.

“Fortunately, when you think of higher education, it’s not so much the facts people need to know as it’s the analysis and the process of learning itself,” Atewologun said. “In some cases of career and technical areas, we had to extend their program by about a week.”

Those programs, such as nursing, carpentry and electricians, required a certain amount of time for hands-on training, thus necessitating the extension.

While the college adapted, it also learned from the pandemic. They were able to refine their emergency action plan and they learned different ways of presenting education.

“We learned we can deliver instruction in a multitude of formats that would address the individual student,” Atewologun said. “Some learn better with video, some in person, some via a combination. Adversity draws people together. We’ve learned to work better to be more compassionate and that goes along with the values of the college.”

The students also learned to adapt from their end and even found ways to work with the college to maintain a certain level of normality. Case in point, continuing to hold graduation last May.

“We didn’t think we would have graduation,” Atewologun said. “But some of our students asked, ‘Have you thought about this?’ We had our first virtual graduation and we’re going to have another this May that’s going to be even better.”

Ironically, throughout this entire pandemic so far, the school has seen just a 10 percent drop in enrollment after successive years of enrollment growth.

But he cautioned that they were not out of the storm completely. The little things still need to be done in order to find that elusive normality.

“I want people to wear their masks, still do social distancing and those who can get vaccinated should get vaccinated,” Atewologun said. “We’ve done those things and it’s helped keep infection rates at the college down.”

COVID-19 update: More than a quarter of Minnesotans have at least one vaccine dose

More than a quarter of Minnesota residents have received at least one dose of a COVID-19 vaccine, state health officials... read more