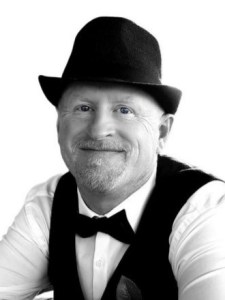 Robert was born to Robert A. Mereness and Judith (Tolbers) Zoller on May 17, 1973 in St. Paul, Minnesota.

Robert grew up in Albert Lea where he attended school. Robert was united in marriage to Andrea Avery September 15, 2020.

Robert worked at Days Inn, Byerlys in Lake Mills, Iowa and most recently CDI in Forest City, Iowa. He was a member of United Methodist Church in Albert Lea.

Robert enjoyed music, hunting, fishing, camping and riding his Harley. His most favorite pastime was spending as much time as possible with his new wife. Robert was a bargain hunter and enjoyed working on his cars.

Robert was always willing to help anyone in need. He will be dearly missed.

Robert is preceded in death by his grandparents; Harold and Bernice Tolbers, Robert S. Mereness, and Louise Pirk.

Covid restrictions will be followed. The service will be streamed online at https://albertleachurch.online.church starting at 1:15 pm