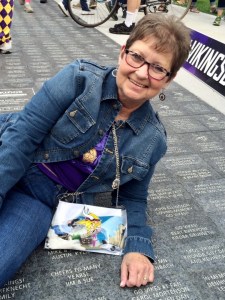 Sue was born on November 22nd, 1947 in Albert Lea, Mn. to Frederick and Lorraine Christensen. She  graduated from Wells-Easton High School in 1965.

She received her LPN from Faribault School of Practical Nursing, RN degree from Inver Hills Community  College, and earned her BS in Nursing Home Administration from Metro State University. During her  career, she worked as a nurse, Director of Nursing, and Administrator at many facilities including New  Richland Care Center, Prairie Manor, St. John’s in Albert Lea, and Scenic Shores in Two Harbors as well  as, post-retirement Interim Administrator for Ecumen at Grand Village in Grand Rapids and St. Mark’s in  Austin.

Sue was an avid sports fan. She especially loved the Minnesota Vikings and was a season ticket holder  for over 40 years. She loved to travel, taking several trips to Europe. She loved spending time with her  family, especially her grandchildren whom she adored. She enjoyed spending time at her “retirement  retreat” in Duluth as she could look out her window at Lake Superior.

Sue was a kind and caring person with a sweet soul and generous heart. Everyone who met her loved  her. She will be dearly missed by many.

The family would like to thank the Fairview Southdale ICU staff for their loving care and support during  her journey home.

National Cremation Society is in charge of arrangements. Services are pending.

Blessed be her memory