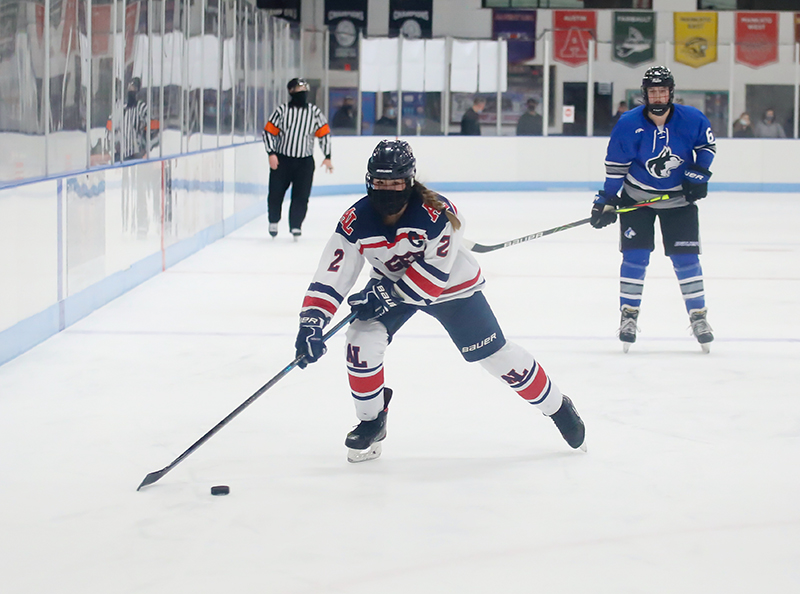 After a tough loss to Big Nine rival Owatonna Wednesday night, the Albert Lea girls’ hockey team was right back at it Thursday night on the road against Mankato West.

Despite a late comeback attempt by the Scarlets, the Tigers held on to end their regular season with a win, 3-2.

Senior Maddie Schneider started in goal for the Tigers and saved all 15 shots that came her way in the period. The Tigers totaled 10 shots on goal in the first.

Albert Lea, still in a power play to start the second, thanks to the late penalty by Mankato West in the first, did find the back of the net at the 1:38 mark to take a 1-0 lead. The goal came from eighth grader Shelby Evans and was assisted by juniors Lucy Star and Esther Yoon. 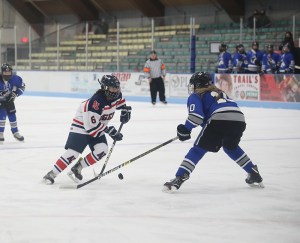 The Tigers scored again less than five minutes later, this time an even strength goal scored by senior Alli Rasmussen and assisted by Dulitz.

Albert Lea wasn’t done in the period quite yet as Dulitz scored the third goal for the Tigers with just 10 seconds remaining in the second.

Up 3-0 entering the third period, Albert Lea was called for a body checking penalty 51 seconds in. Mankato West promptly took advantage of the opportunity and scored its first goal of the game 16 seconds later.

The Scarlets found themselves in yet another power play in the eighth minute and again found the back of the net to make the score 3-2.

With just over eight minutes remaining in regulation, the Tigers defense held strong, not allowing another Scarlet goal.

Schneider saved nine of the 11 shots on goal in the period from the Scarlets for a total of 23 saves. The Tigers totaled 31 shots on goal throughout the game.

A No. 1 seed would include a first round bye in the tournament. Their first game would be Wednesday against the winner of the No. 4 vs. No. 5 seed game.