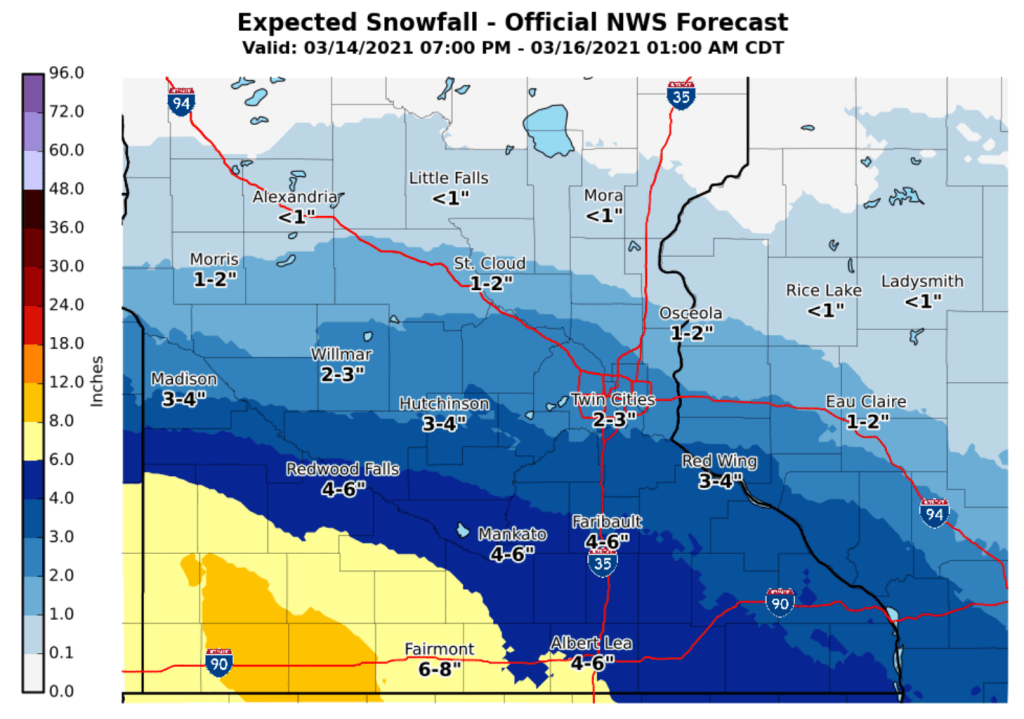 The National Weather Service has upgraded southwest and south-central Minnesota from a winter storm watch to a warning ahead of the snowstorm expected to move into the area Sunday night.

A band of precipitation will lift northeast into southern Minnesota late Sunday night, changing from rain to heavy, wet snow, with rates of over an inch per hour possible, according to the weather agency.

The snow is expected to taper off during the late morning and early afternoon on Monday.

Snow totals of 5 to 8 inches are possible in the warning area, with the highest amounts expected near Interstate 90. Ice accumulations of a light glaze could also be possible. The Weather Service states 4 to 6 inches are expected in Albert Lea.

The heaviest accumulations will be southwest of a line from Redwood Falls to Mankato and Albert Lea, the weather agency stated.

The Weather Service states travel could be difficult, and people should plan accordingly. Patchy, blowing snow could reduce visibility.

If people have to travel, they should keep an extra flashlight, food and water in their vehicle in case of an emergency.