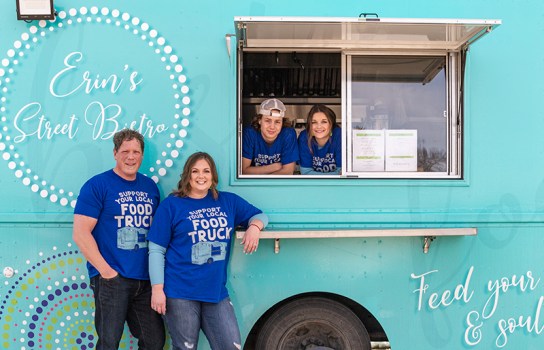 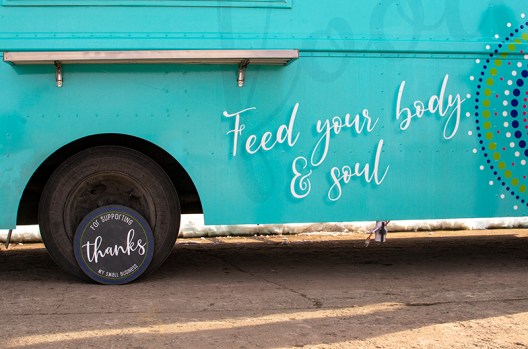 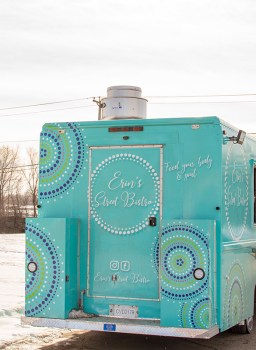 Almost two years ago when city officials announced they would allow food trucks to set up at various locations throughout the city, Erin McCormick-Lee knew right away that’s what she wanted to do.

“I love to cook and entertain,” she said. “I’ve always wanted a coffee shop, and it sounded like fun.”

She told her husband, Michael Lee, of her idea, and right away, she said he was on board and told her they would figure out a way to make it happen if that’s what she wanted to do.

Lee started looking around for companies that built food trucks —his wife knew she didn’t want a used truck, and she had a specific idea in mind.

He found a company in Miami that custom-builds food trucks and then the couple began what McCormick-Lee described as a long process of getting their plans approved with the state of Minnesota.

Once the plans were approved, then the company started building the truck, and about two months later, it was complete.

McCormick-Lee said she and her husband flew down to Florida the week of Thanksgiving and then drove the truck back to Minnesota, which she said was another adventure.

“We’ve had so many little speed bumps along the way — from having it built to driving it home,” she said.

Finally, as spring began to emerge, they had a soft opening on March 12 with the new food truck known as Erin’s Street Bistro in the city-owned lot next to the former Domino’s building.

“It was amazing,” she said. “We really didn’t tell anybody we were doing it because I didn’t know what to expect. But it was steady the entire day.”

Her husband and two children, Devon, 18, and Lilyana, 16, were there to help, along with some other family members, including her brother who lives in Madison, Wisconsin, and surprised her for the day.

“I come from a cooking family,” she said. “My brother is a gourmet chef on the side. He and my mom planned it out.”

That day he helped make the paninis so she could greet people and take orders.

The truck was out again this week on Thursday and Friday.

McCormick-Lee said in the coming weeks, she expects to be out more in the same parking lot and in the North Broadway parking lot. Once she gets a little more experience under her belt, she hopes to have a set schedule that she plans to post to her business Facebook page.

She said she has also received numerous contacts from businesses who want her to bring her truck to their parking lots and from others for graduation open houses, weddings, birthday parties and even a memorial service.

She also plans to be at the Freeborn County Fair if it is happening this year.

She said people can expect to see mainly her and her two children in the truck, as her husband has a separate full-time job.

“It’s been exciting for everybody, especially watching it come to fruition,” McCormick-Lee said.