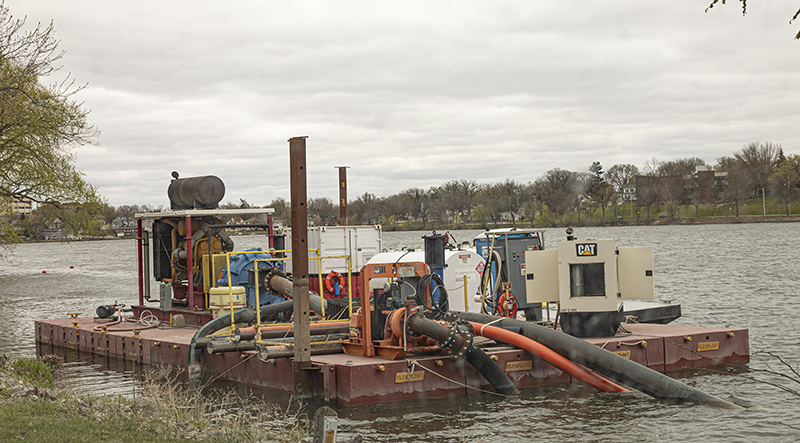 After a break for the winter, dredging began again Monday on Fountain Lake.

Shell Rock River Watershed District Administrator Andy Henschel said work started with the small dredge in Dane Bay on Monday and was slated to start up Tuesday in the main bay.

Dredging and marine construction company J.F. Brennan is expected to remove about 380,000 cubic yards of sediment this year and could finish in mid- to late August.

This is the fourth year of dredging.

Beyond this year’s work, the remainder of dredging is up in the air as the Watershed District seeks more state bonding dollars to be appropriated to the project.

An additional $7.5 million is needed to complete the final phase of the project, which includes dredging of the east basin of Fountain Lake’s main bay — from near City Beach to the Fountain Lake Dam — along with limited dredging of Bancroft Bay. Henschel previously stated this phase would take 1 1/2 to two years to complete.

Though the project was left out of the bonding bills released by the House and Gov. Tim Walz, the Senate has yet to release its bill.

The final bill is typically a combination of all three bills.