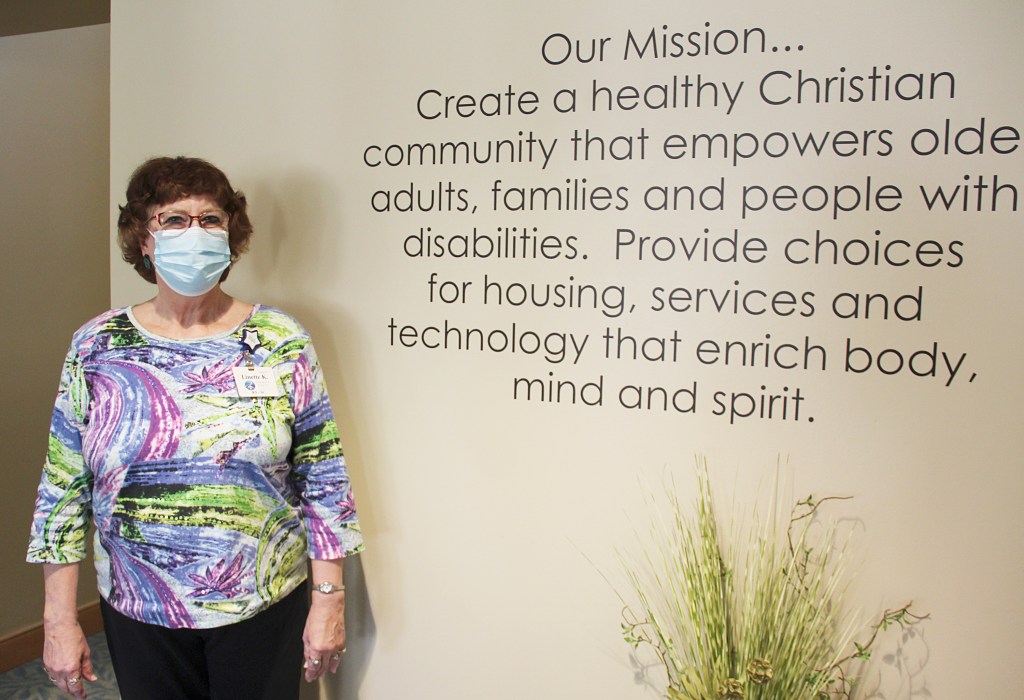 Linette Kleinschrodt will retire in May after 50 years as a nurse. Sarah Stultz/Albert Lea Tribune

An Albert Lea woman is preparing to retire in May after spending 50 years as a nurse in the community.

Linette Kleinschrodt said she graduated from Naeve Hospital School of Nursing in 1971 at the prompting of her father and has never looked back.

After completing her training, she started first at the hospital for two years, working in the nursery for the first summer and then in intensive and coronary care. After that, she went to work in nursing homes, where she has spent the remainder of her years.

She said she has done everything from being a certified nursing assistant all the way up to being a director of nursing. She currently is a nurse manager in skilled nursing at Thorne Crest Senior Living Community.

“The residents have so much to offer,” she said of why she enjoys the long-term care setting. “They’re so appreciative of giving them a little attention, and it’s so much fun to interact with them.”

Growing up, she said, she lived between Emmons and Lake Mills and worked as a CNA in Lake Mills when she was in high school. She said she missed the family feel in long-term care and decided to go back.

Over the years, she said she spent her longest stint at St. John’s Lutheran Community, where she served for 36 years, and most recently she has been at Thorne Crest Senior Living Community,

Kleinschrodt said she liked the teamwork she had seen at Thorne Crest amongst staff and started in September 2019.

She conducts assessments, minimum data sets and helps determine proper pay rates, including residents’ needs of care and care planning. Over time she has also helped to fill-in for several different positions, including admissions nurse, and has done some work in social services and health information management.

Kleinschrodt said being a nurse has evolved over the years. She said when she first started in long-term care, the nurses made their own Q-tips and autoclaved them.

She has also seen residents evolve, where she said she is now seeing people coming into nursing homes who are much sicker than they used to be, requiring more medicine and more care.

Kleinschrodt said her last official day will be May 21.

“I’m having some mixed feelings,” she said. “I really do love my job. I love the residents and I love the staff, but my body is telling me differently right now.”

She said she has been given the option to come in one or two days a week to help out when needed, but otherwise is looking forward to working on some home projects and her hobbies of reading, quilting and gardening.

“It’s been a very rewarding career,” she said.

She and her husband, Dwight, have been married almost 53 years.