Private Memorial Services for Charles (Chuck) Cunicelli will be held at 10am Saturday, April 10, 2021 at Bayview/Freeborn Funeral Home. Fr. Kurt Farrell will officiate. Private burial will follow at St. Theodore Cemetery, Albert Lea, MN . The Service will be livestreamed via Bayview’s website from Chuck’s obituary page. Online condolences may be left at www.bayviewfuneral.com. 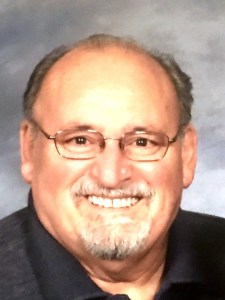 Chuck was born in Philadelphia, PA on March 2, 1939 to Charles and Angelina (Vattimo) Cunicelli. He graduated from Bishop Newman High School in 1957. He then joined the Pennsylvania National Guard and then joined the Air Force in 1960 to 1968. Chuck served his country and then in the Army National Guard until retiring after 23 ½ years.

Chuck married Sharon Schulte on April 4, 1964. To this marriage they were blessed with two sons. He worked for Queens for over 20 years. He then opened his own business, C&S Military Surplus that he operated for 10 years. He retired from International Box Company in 2001.

Chuck was an avid hunter and fisherman. He worked with Boy Scouts and coached Little League Baseball. He served as Commander of the American Legion Post 56 and was a member of the VFW and Eagles. His retirement was cut short for the plans he had because of dementia.