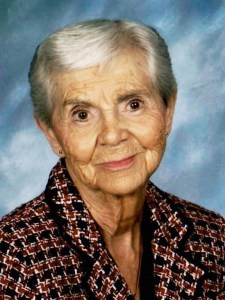 She married Donald Jones at St. Henry’s Catholic Church on June 9, 1947 and they were blessed with three children. Together they lived in Austin, Albert lea and Perham, MN. Their last residence together was Lake Havasu City, AZ. In 2007, Dorothy moved to Richmond, VA to be near family.

Dorothy was a Rosie the Riveter during WWII. She volunteered for the Catholic church and Schools, the library, The Salvation Army and Social Services. She was on the board of directors of the communities she lived in. She was the Director of the Hormel Mansion in Austin, Minnesota before a move to Lancaster, CA. She was a member of the Catholic Daughters of America and St. Edward the Confessor Catholic Church in Richmond, VA. She gave tirelessly to the community and to those she loved. She was loved, respected and will be missed.

Dorothy was pre-deceased by her husband; two sisters and two brothers.

Donations may be made in Dorothy’s Memory to The Little Sisters of the Poor, 1503 Michaels Road, Henrico, VA 23229. Schoeneberger Funeral & Cremation Service Perham, MN (218) 346-5175 www.schoenebergerfh.com