‘Even in the darkest of times there is hope’ 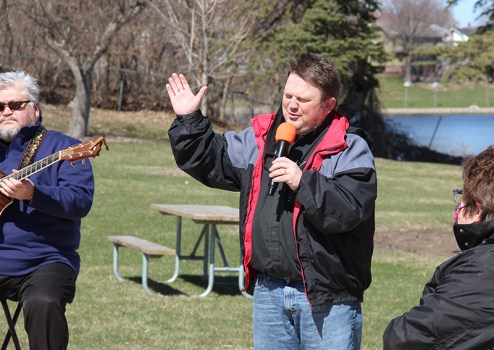 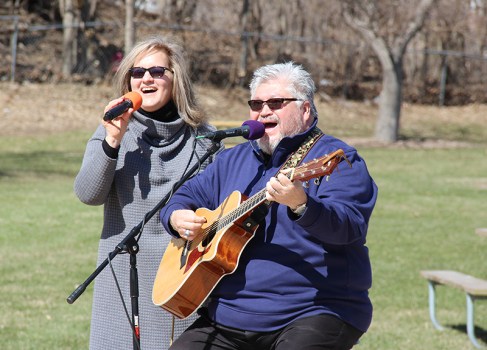 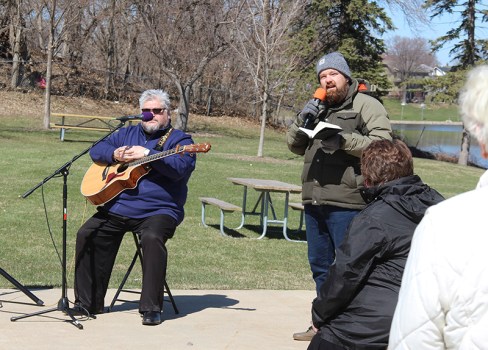 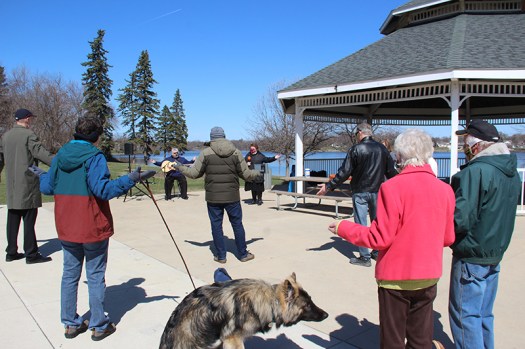 About a dozen people gathered in a small service Thursday at the Fountain Lake Gazebo to offer prayer and music on the one-year anniversary of the first COVID-19 case reported in Freeborn County.

“We pray together in lament, but we also pray together in hope,” said the Rev. Eileen Woyen of Trinity Lutheran Church, who helped organize the event with others of the Albert Lea Ministerial Association.

Pastors from different denominations prayed for those who had suffered loss — not only loss of lives but loss of other special events in the last year due to the pandemic — as well as for the survivors, the essential workers over the last year and for hope moving forward.

‘We give it all to you,” said John Holt, pastor of Albert Lea’s First Lutheran Church.

As everyone grieves their losses, Holt said, he gave thanks for the ways God has blessed people through things such as vaccines and guidance on careful behavior to help prevent the spread of the virus.

He prayed that people would have wisdom in dealing with the past and looking to the future.

John Mitchem, pastor of United Methodist Church in Albert Lea, prayed for the essential workers, not only the paramedics,firefighters, law enforcement and health care workers, but scientists working to find a cure, manufacturing plant employees working overtime, people in transportation and others during the last year. He said essential workers have represented hope.

“We remember that even in the darkest of times there is hope,” Mitchem said.

Matt Griggs, pastor of East-Central Freeborn Lutheran churches, said hope is important because without it people fail. He prayed that people could find hope in Jesus Christ, who not only forgave and died for everyone’s sins but rose again.

Tyler Mykkanen, pastor of Sojourners Church, prayed to help people look toward the future with hope and to restore hope to those who are suffering and hurting. He prayed that others who haven’t suffered loss can comfort those who have and who may be hurting.

“Lord, we don’t know what the next few months, weeks or years will be, but we trust that if you are with us, there is nothing that can stand against us,” Griggs said.