George Joseph Rozalez, 59 of Delray Beach, FL received his angel wings on April 15, 2021. George was born on August 18, 1961 to Jose E. and Isabell (Carrisalez) Rozalez. He was baptized and confirmed at St. Theodore’s Catholic Church and graduated from Albert Lea Senior High in 1981. Following graduation, George joined the United States Marine Corps. He served active duty in Beirut Lebanon and during the invasion of the Caribbean island nation of Grenada. 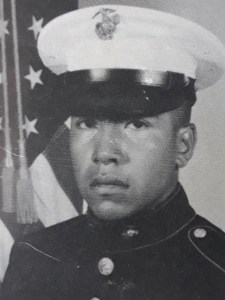 Following his military service, he moved to Boca Raton, FL where he met and married Virginia Futrell and became stepfather to Jonathan Futrell. He managed and maintained several apartment complexes in the Boca Raton area.

George was a wonderful son, brother, and friend who touched the lives of so many around him. He will be remembered for his contagious smile which brightened any room he entered. He spent his life trying to make others happy by cracking jokes whenever he could or simply being a listening ear to others when needed.

George was preceded in death by his mother and father, and both maternal and paternal grandparents. A cremation has taken place and a Celebration of Life service is planned for this summer in Albert Lea, MN.