Giving a better quality of life 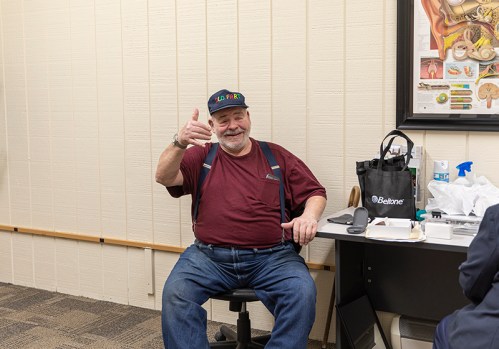 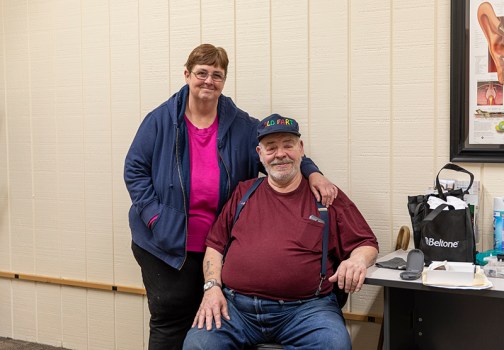 Paul Miller and his wife, JoAnn pose for a picture after the hearinng aids were turned on. 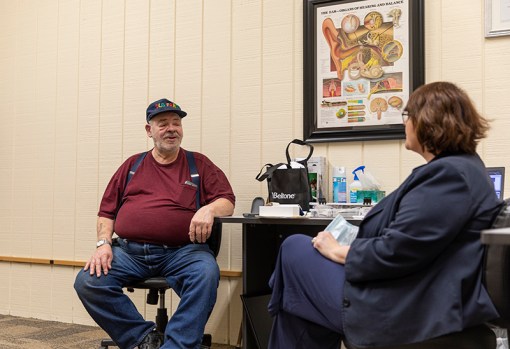 A smile spread across Albert Lean Paul Miller’s face Friday afternoon as he lifted up his hand to give a thumbs up inside the Beltone Hearing Aid Center in Albert Lea.

“That’s the way it should be,” he said of the newfound clarity and sound.

Paul Miller had worked for Enderes Tools making tools in often loud environments, he said, and over the years lost more and more of his hearing. After he retired 11 years ago, he said he found it got even more difficult to hear normal conversations and the television, and it was not uncommon to have to lean in to hear people and to ask them to repeat themselves.

He said he often found he wasn’t able to hear his grandson’s conversations with him or hear him and his wife’s friends when they came over and sat on their porch to visit.

Add on top of that the COVID-19 pandemic, and it was even more challenging especially at grocery stores as masks covered people’s mouths as they talked.

Though he did have some hearing aids before through other companies in recent years, he was in need of new ones.