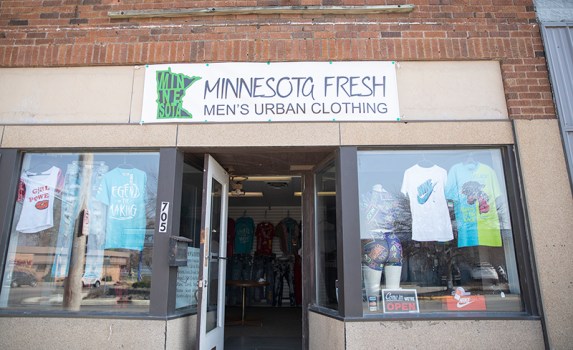 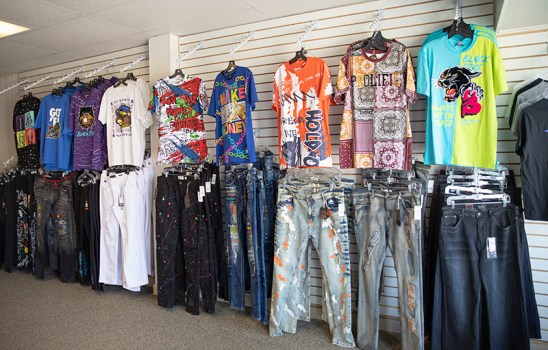 Minnesota Fresh sells a select style of clothing that is hard to find in small towns. Hallie Cantu/Albert Lea Tribune 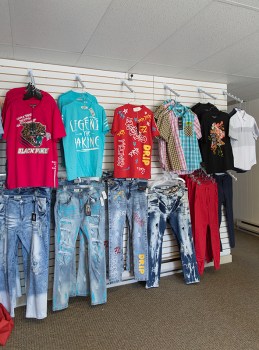 Amos said he was having to travel to the Twin Cities to buy clothes previously. Hallie Cantu/Albert Lea Tribune 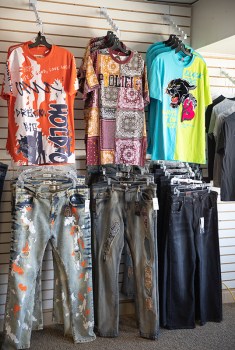 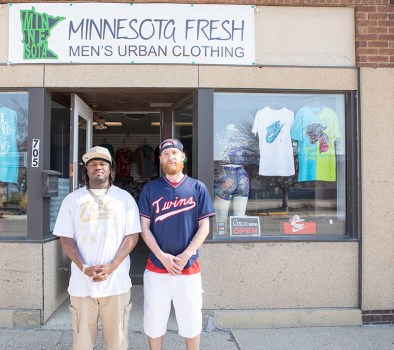 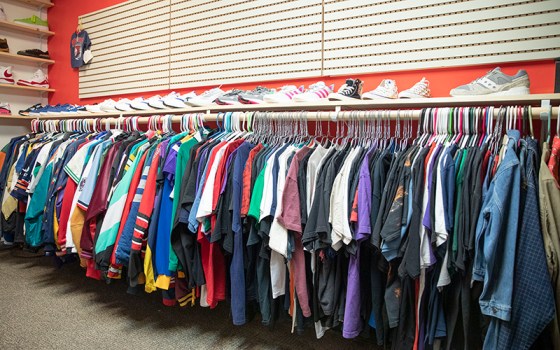 Vintage-type clothing can be found in the back room, such as sports and music tees. Hallie Cantu/Albert Lea Tribune 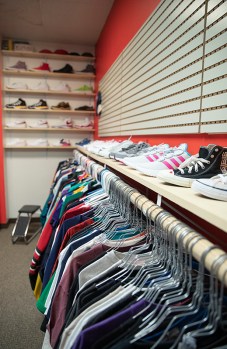 Store brings more choices to the clothing scene in A.L.

The store, called Minnesota Fresh, features a mix of new clothes for men, women and children in the front of the store and vintage clothes and shoes in the back.

Quinten Amos said he has always had a passion for clothing but typically has had to travel to the Twin Cities to get his clothes.

He presented the idea of opening a clothing store to his friend Nicholas Reichl, and the two men have been working over the last few months to fix up the building at 705 Marshall St. and open the store.

The sign on the store labels the style as “urban clothing,” though Amos described the store as containing “the latest fashion for people.” Reichl, who oversees the vintage items, said his part of the store includes old band, movie and sports T-shirts and shoes, many from the ‘90s when he grew up.

“I thought it was an awesome combination,” said Amos, who also works full-time at Ventura Foods. “I’m selling the latest fashion and he’s got old-school shoes and clothes.”

The men said they have known each other for about 10 years and had a similar style and a lot in common. They like to bounce ideas off of each other about things to try out in the business.

Amos said he has had a rough life with drugs and alcohol and problems with the law and about four years ago decided to change his life. He wants to encourage others who may have had a similar background or a disadvantaged upbringing to go after their passions.

“A lot of people know what I’ve been through,” Amos said. “Don’t let nobody deny you. If they tell you no, try again. It’s a way to pay back and show the younger kids that you can change your life and do better.”

Reichl said he has seen Amos overcome what he described as “mountains” and is proud to be in the business together.

The store is open from 8 a.m. to 8 p.m. Monday through Friday. The men said there is parking available in the back of the store or on the street near the business.

They said they hope maybe they can work with some of the other businesses in Albert Lea to help promote each other.

If the store does well in Albert Lea, they may also consider expanding into Austin in the future.”We’re just trying to have a good business and have fun with it — see what we can do,” Reichl said.