‘It’s just too much’ 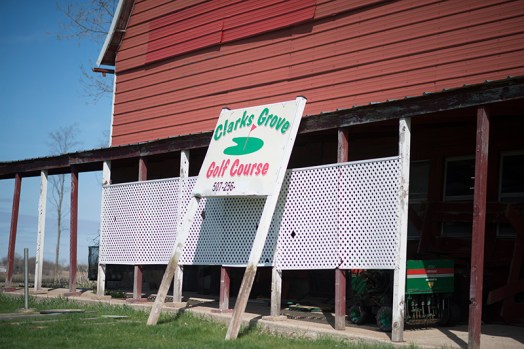 The Clarks Grove Golf Course closed for business before the beginning of the 2021 season. Owner John Tenneson said it wasn't economically viable to keep the course open for another year. Tyler Julson/Albert Lea Tribune 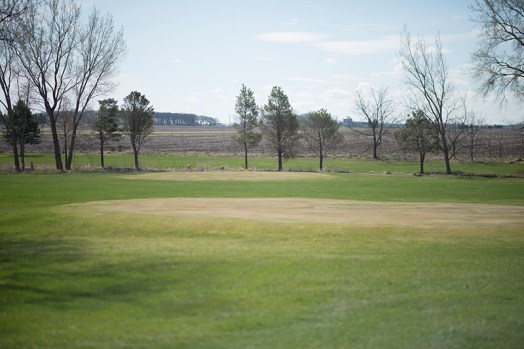 The course started development in 1978 and opened for its first round in 1981. Tyler Julson/Albert Lea Tribune 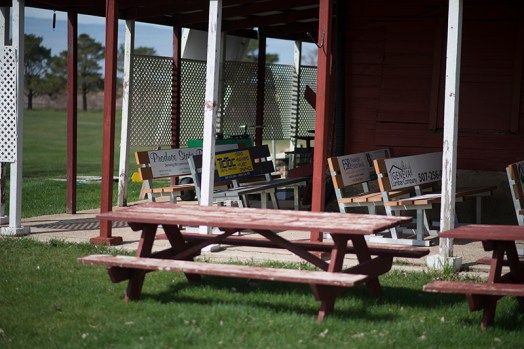 The benches that used to sit on the course remain in storage. Tenneson said he hopes to make use of them at his tree farm. Tyler Julson/Albert Lea Tribune 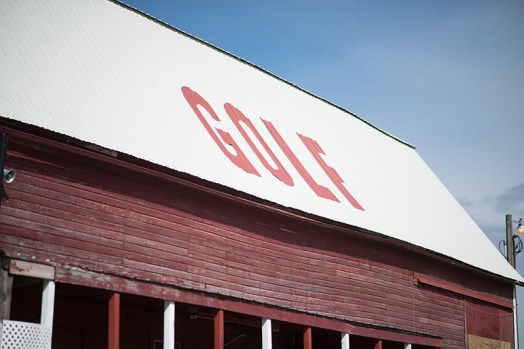 Tenneson said his son found these letters in the attic of the barn and put them up when they bought the course. Tyler Jiulson/Albert Lea Tribune

Owner of the course for the previous two years, John Tenneson, said it just didn’t make economical sense to keep the course open for another year.

Tenneson bought the course with less than a day remaining on the contract before it would have been sold off to auction and likely converted to farmland.

He said he wasn’t planning on keeping it as a golf course when he originally bought it but changed his mind after meeting a few customers.

“It was after I bought it and met some of the customers, I started thinking, ‘Man, these guys are pretty cool. Maybe I could keep this as a golf course,’” Tenneson said. “I thought it would be pretty great if I could make money off it and keep the customers happy. It was great and I loved it, but I just think of all the time and money we’ve put in, and it’s just too much.”

Tenneson said last season was the best year the course has had in terms of rounds played. However, he said all the money earned from the rounds played would have had to go toward paying workers, and that’s without factoring in other costs to run a golf course, such as equipment maintenance, insurance and chemicals and fertilizers.

“We were hoping that having all my kids — I’ve got eight kids — working on the course, and fixing up the clubhouse, those were the two things I thought would make the difference,” Tenneson said. “And maybe it would eventually, but that risk is just way too much. When you put a pencil to it, it just doesn’t work.”

Another drawback was not getting to spend a lot of time with his entire family together. With at least one member of the family always at the golf course during the golfing season, it made it hard for the family to all be together at once.

The original plan when Tenneson bought the course was to either remodel the house or barn on the property to make a proper clubhouse, but he said the risk was too high. Then he decided he was going to have a completely new clubhouse built on the property. However, estimates for a new clubhouse came in around $500,000 on the low side, and after the pandemic, estimates went up to about $700,000.

“That’s not even including everything,” Tenneson said. “If we chose to do that now, what happens if next summer they decided to close everything down again? How can I invest another $500,000 on top of what I already have into it, on a gamble with that high of risk. I just can’t do it.”

Tenneson said he feels bad about being the one to close the doors on the course. He said there’s children and grandparents who have golfed at the course, and people who have been members for more than 30 years.

The Clarks Grove Golf Course started developing its land in 1978 and opened for its first round of golf in 1981. He said he has been contacted by people who want to keep it as a golf course, but after he shows them the books, they understand why he has to shut it down. He has also been contacted by people who wish to buy the land from him and convert it into other projects, such as a campground, a community development or farmland.

He said there were some coupons given out by a few local radio stations for $10 off a round at the course. While the course is closed now, those coupons will be honored at Green Lea Golf Course.

Tenneson said he isn’t interested in selling the property and plans to run his lumber company from there. He plans to plant hay in the other portion of the land.