A Faribault man was sentenced to 7 years and 11 months in prison on Monday tied to a traffic stop from 2019 on Interstate 90 in Albert Lea in which law enforcement authorities reportedly found half a pound of methamphetamine. 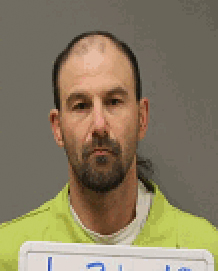 The sentence for Bradley James Richards, 35, will be served concurrently with other cases Richards is serving time on. Freeborn County Attorney David Walker said Richards was currently in custody on a case in Olmsted County.

According to Freeborn County District Court records, Richards was pulled over by a Minnesota State Patrol trooper on May 9, 2019, on Interstate 90 after a trooper saw a radar detector mounted in the center of the windshield obstructing the driver’s view.

Authorities also found multiple baggies and a digital scale, 5.17 grams of psilocybin in a Coke can with a hidden compartment and over 3 grams of meth in the driver’s side door pocket.

Richards was initially charged with a first-degree methamphetamine possession but the charge was amended to second-degree possession. His petition to enter a guilty plea to the second-degree charge stated as part of a plea agreement, the co-defendant in the case, Dawn Zimmerman, would be offered a plea agreement of fifth-degree controlled substance charge. Zimmerman pleaded guilty to the fifth-degree charge April 9.

Richards will receive credit for 592 days of time already served. He will serve his time at the Minnesota correctional facility in St. Cloud.