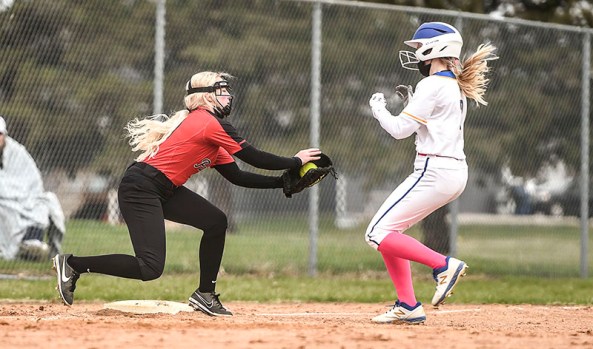 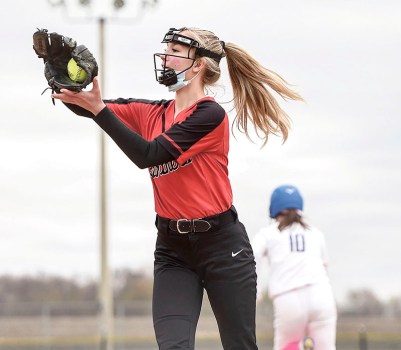 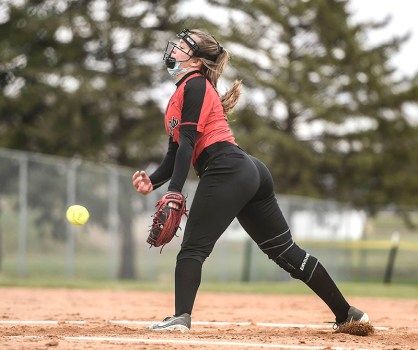 The Panthers took an early lead but pulled away with two productive innings late in the game, beating the Vikings 8-0.

Starting in the circle for NRHEG was junior Sophie Stork, who dominated the game, picking up seven strikeouts, while allowing no runs on four hits and three walks.

The Panthers scored one run in the first inning, before both teams went on a cold streak. The Panthers opened the game up by scoring three runs in the fifth, followed by four runs in the seventh.

NRHEG was led at the plate by senior Cloie Arndt and junior Ava Kyllo, who both recorded two hits. Arndt went 2-4 with a double and two RBI. Kyllo was also 2-4, scoring two runs herself and stealing one base.

Sidney Schultz also scored one run, hit in four RBI and stole one base. Hallie Schultz scored two runs and tallied one RBI.

“This was a good team win,” said head coach Wendy Schultz.  “Hayfield had runners in scoring position multiple times, but the girls played good defense to get us out of those jams. We had some very timely hits when we needed them. Hallie hit one deep in the fifth inning earning her a triple and driving in a run.

“In the seventh inning (Sidney Schultz) ripped a double with bases loaded and drove in all three runners … Sophie and Cloie had a nice game handling all of the pitching and catching.”

The Panthers climb to 2-0 overall and 2-0 in the Gopher Conference. They will play again Thursday when they travel to Medford to take on the Tigers.