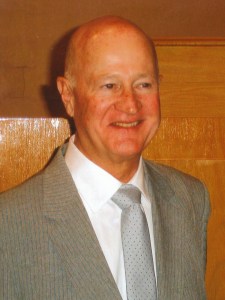 Perry was born May 10, 1942 in St. James, Minnesota to Vern and Ardus Clifford. He went to school in Albert Lea and graduated from Albert Lea High School. After high school, he joined the United States Navy and served his country for four years. Perry married Meredith Lee in 1966 and then went on to attend Winona State College earning a Bachelor of Science degree. After college, he went to work for the Federal Government in Warren, Michigan, Harrisburg, Pennsylvania, and retired from Defense Supply Center in Dayton, Ohio. Perry received numerous awards from Generals for the many projects he worked on. After retirement, he moved back to Winona. Perry would later move back to Dayton and he married Joan Bumgardner.

Perry is preceded in death by his parents, Vern and Ardus; his grandparents; aunts and uncles.

A private graveside service will be held at a later date.

We will miss you Perry.