Robert “Bob” Keogh, 89, of Albert Lea, died peacefully at home surrounded by his family on Thursday, April 8, 2021. Just days prior to his death, all his children, grandchildren and great-grandchildren celebrated Easter at his home. That fulfilled his final wish of being with his family and leaving them all with precious memories. He was then able to let go and enter eternal life with the Lord on his own terms. 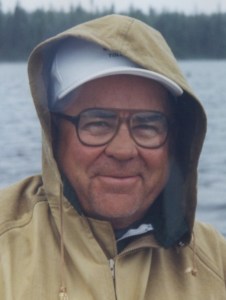 A walk through visitation will be from 5:00 – 7:00 pm Monday, April 12 at Bonnerup Funeral Service. Funeral Mass will be 10:00 am Tuesday, April 13 at St. Theodore Catholic Church in Albert Lea, with visitation one hour prior. Interment will be in the St. Theodore Catholic Cemetery. Bonnerup Funeral Service of Albert Lea is assisting the family. To read obituary and watch live-stream of funeral, visit www.bonnerupfuneralservice.com

Robert Maurice Keogh was born in Minneapolis, Minnesota on September 26, 1931. In 1947 he moved to Estherville, Iowa, graduating high school in 1949, and later attending junior college there as well. From 1951-1954 he served as a Corpsman in the U.S. Navy during the Korean War. After honorably serving his country, he attended the University of Arkansas, graduating in 1958 with a Bachelor of Science degree in Business Administration, majoring in Marketing.

He began his career with Dun & Bradstreet in Salt Lake City, Utah in 1959 as a reporter, entering sales in 1960. In his first year he was in the Top Ten in his division, winning the Presidential Citation in three consecutive years, and placing first in Agency Sales in Division Four in 1965. He quickly moved up the ladder as a Manager, Area Office Manager, National Director of Sales Training and District Sales Manager.

On August 4, 1961 he married Joanne Eccli, and they would have celebrated their 60th wedding anniversary this year. They were blessed with three children, four grandchildren, and four great-grandchildren. His career moved him and his family across the country from Salt Lake City to Los Angeles, San Francisco, Phoenix, New York City and Toledo, before finally returning home to Minnesota and settling in Albert Lea in 1973. He retired in 1987.

He loved to hunt and fish, but his main love was his wife and family, including extended family members. He belonged to St. Theodores Catholic Church, the American Legion, Knights of Columbus, and was a life member of the VFW.

The family is requesting no flowers and prefers any memorials go to St. Theodores Catholic School in Albert Lea or the charity of your choice in his memory.