‘This is the start of something big’ 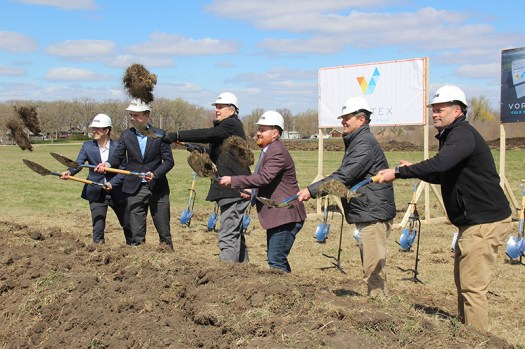 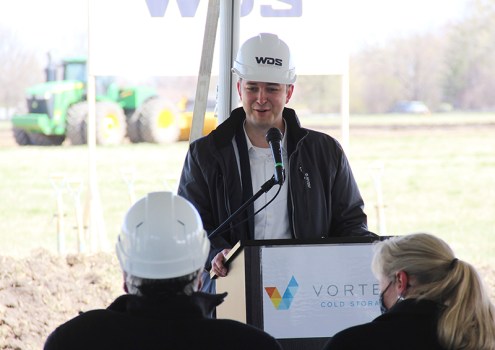 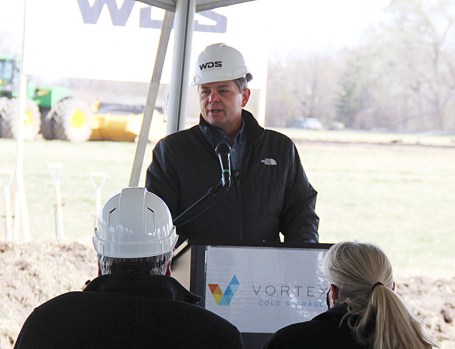 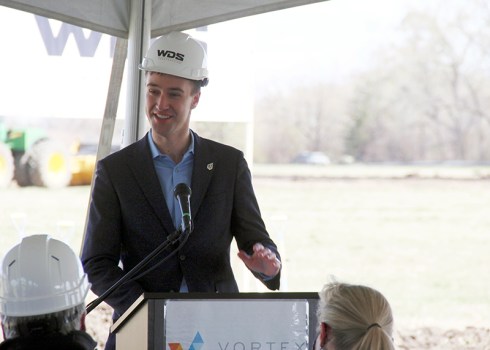 Erik Brust, co-founder of Vortex Cold Storage speaks during the groundbreaking ceremony for the company on Wednesday in Albert Lea. The company's building will have 173,400 square feet and is expected to create 26 jobs. Sarah Stultz/Albert Lea Tribune 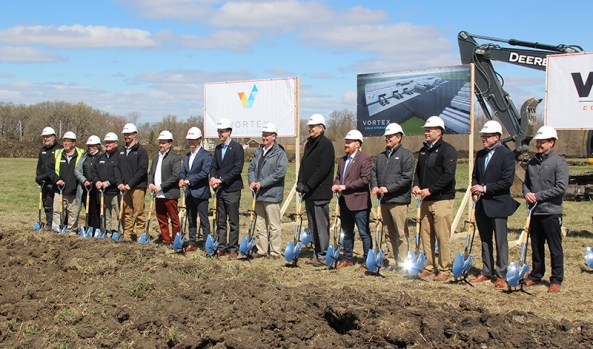 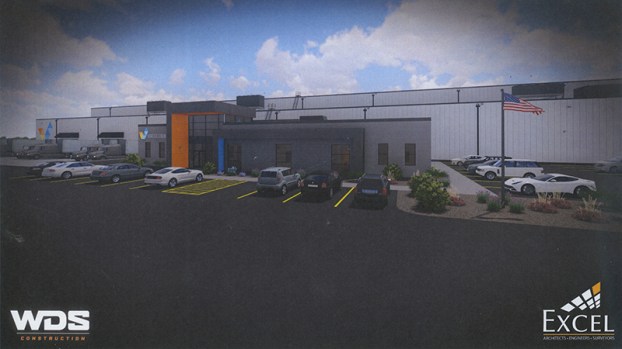 The new Vortex Cold Storage facility will be the headquarters for the company. Provided 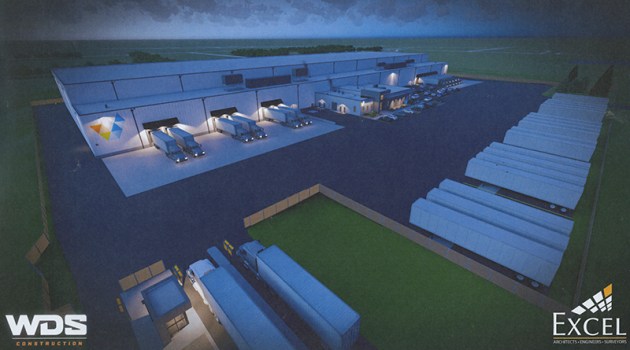 The building will provide almost 35,000 pallet positions and will feature 40-foot top-of-product storage height, said company co-founder Connor Wray. The building will also serve as the Vortex Cold Storage headquarters and will have 12 dock doors serviced by a temperature-controlled loading dock and an 800-square-foot truckers lounge.

“Vortex Cold Storage was born with a need to ease pressure in the southern Minnesota area for last-mile delivery centers and improve its aging from supply chain,” said company co-founder Tom Brust. “Albert Lea offers easy access to interstates 90 and 35 and allows us to address the full-to-capacity frozen supply chain in the region. We’re proud to call Albert Lea our new home and, by doing so, provide a state-of-the-art cold storage solution for the food industry.”

The building will be constructed on 26 acres of land the company purchased from the Albert Lea Port Authority and was supported by the city of Albert Lea through tax-increment financing for nine years, tax abatement for six years and land cost reduction. WDS Construction, a Beaver Dam, Wisconsin-based general contractor will serve as general contractor for the construction.

Johnson said Vortex Cold Storage is investing over $30 million into the project and will create up to 26 jobs.

“As the mayor of the city of Albert Lea, I can’t tell you how proud and excited I am to see this facility come to fruition,” he said.

Erik Brust, company co-founder, said Vortex Cold Storage is excited to support the community and it believes in where it is headed.

He said the facility will not be “just another typical cold storage” site. It incorporates convertible temperature zones and can accommodate companies that need either refrigeration or frozen settings.

“We’re here for the long run,” Erik Brust said. “This facility is going to be here for a long time. We’re going to expand it not once, not twice, but probably three times and then figure out another way to (expand) in the community. This is the start of something big.”

Erik Brust and Wray were named to Forbes 30 under 30 list of young entrepreneurs in 2018 for their company JonnyPopps, a popular Twin Cities-based frozen treats business.

Erik Brust said Wednesday he could not comment on its frozen supply chain for the Vortex Cold Storage facility.