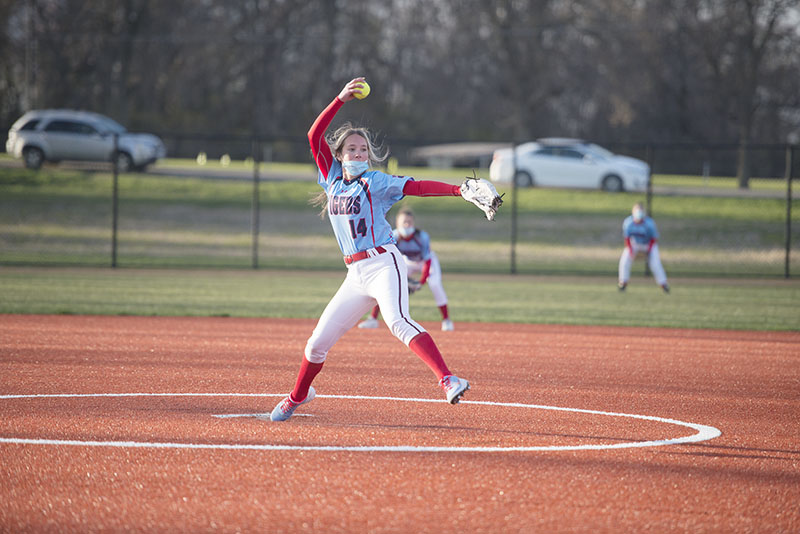 The Albert Lea softball team hosted Rochester Century on a cold and blustery Tuesday evening in the team’s third Big Nine Conference matchup of the season. 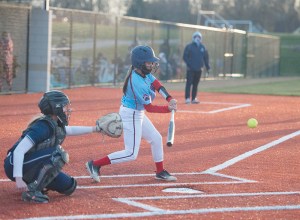 The Panthers took a 2-0 lead after the top half of the inning, but senior Madison Fleek cut into that lead by scoring one run in the bottom of the inning after reaching base on a double.

Neither team scored in the second, and the Panthers left two base runners on in the top of the third.

The Tigers climbed into the lead in the bottom half of the third inning when Fleek hit an RBI double that brought in senior Mallory Luhring, and was followed by sophomore Madelynn Balfe hitting another RBI double in the very next at-bat.

Albert Lea’s lead was short lived, however, as Century went on to score five runs in the fourth. The Tigers added a run of their own in the bottom of the inning when junior Aliyah Studier hit in junior Marissa Leeman, but the damage had been done.

The Tigers struggled to get base runners on through the final three innings, only getting three runners total on base, only one of which made it past first base.

The Tigers fall to 2-3 this season and will be back on the field Thursday when they hit the road to take on the Rockets of Rochester John Marshall.