Virginia (Ginny) Ann Gulbrandson, 77, of Lake Preston, SD passed away April 17, 2021, at Avera Heart Hospital following complications of heart surgery. Memorial  services will be held at 1: 00 p.m., Tuesday, April 27, 2021, at Springdale Lutheran Church in Sioux Falls. She will be interred later in Albert Lea, MN at Lakewood Cemetery with her parents Edgar and Ann (Holmquest) Gulbrandson.  George Boom Funeral Home has been entrusted with arrangements.  Online guestbook and service live stream link are available at www.georgeboom.com 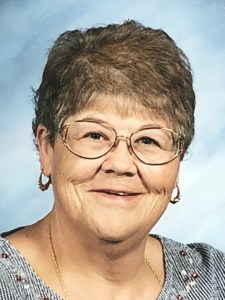 Ginny was born in Devil’s Lake, ND on September 22, 1943. She grew up in Albert Lea, MN and graduated from Albert Lea High School in 1961. After graduation, Ginny attended Mankato Commercial College for business. After graduation she moved to Minneapolis and worked as an accountant for a laundry mat. While there she met and married Phillip M. Miller on October 10, 1964. Although they eventually divorced, he was the love of her life. She was glad he eventually found another to love and spend the rest of his life with. She felt a kindred connection with his widow, Janet Miller of Park Rapids, MN.

Ginny was a strong and independent woman, who after various positions in business, usually in the accounting departments, went back to college in 1989 at Austin Community College and attained an Associates degree. She then attended Rochester Community college to finish her LPN courses. While working as an LPN, she entered Mankato State College and graduated in 1995, with a bachelor’s degree to become a social worker. After graduating, she started her career at Tripp Good Samaritan Center in Tripp, SD. and finished her career in about 2010 at Freeman Regional Hospital and Nursing Home in Freeman, SD.

Her most challenging career, but also the one that gave her the most joy was motherhood. She not only raised her three biological children, but also in 2000 she wrapped her heart around her cousin’s three daughters. All six of her children will miss her every day and are grateful for her life’s lessons.

Aside from her children, Ginny took great pleasure in her grandchildren, great-grandchildren, and many nieces and nephews. She enjoyed going to their concerts, dance recitals, and sporting events. She could often be found with a child sitting on her lap or her arms around them. She and her sister (Carole (Gulbrandson) Hansen lived for a few years in Anderson, SC, and were active in Midway Presbyterian Church and often socialized with their friends playing bridge and other card games. She was often found at the Blackjack tables dealing cards for her nephew’s entertainment business and enjoyed meeting people while she played.

Virginia is preceded in death by her parents Edgar and Ann (Holmquest) Gulbrandson, her brother and sister-in-law Charles and Francis Gulbrandson, two of their sons Rip and Mike Gulbrandson, and several aunts and uncles.