Warrants remain outstanding for owner of The Interchange 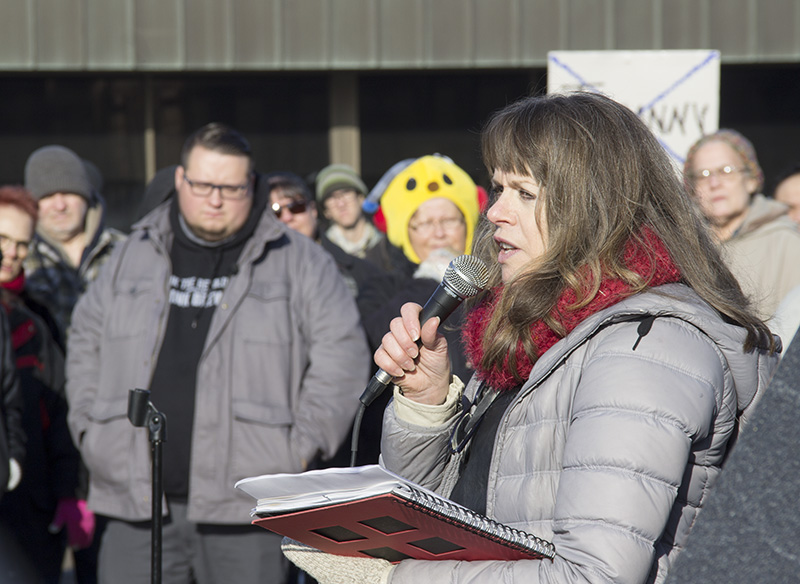 The owner of The Interchange Wine & Coffee Bistro claims the warrants out for her arrest are unlawful and is alleging corruption in local city officials, law enforcement and judges.

The warrant was put in place at a March 10 hearing, after Lisa Hanson reportedly did not attend the hearing tied to allegations that she violated state executive orders when she opened her restaurant in December and January for in-person dining. Hanson faces nine misdemeanor criminal charges tied to the allegations.

Hanson on Thursday acknowledged receiving a Zoom notice for the hearing but said she did not receive a proper summons by City Attorney Kelly Martinez for the hearing.

As the Zoom hearing date approached, Hanson said she watched the court docket, her email and her mail, and no summons was ever issued.

“As an individual, I was not compelled into court by law — or in a lawful manner or a legal matter — so, therefore, I did not attend court that day,” she said.

Martinez Friday afternoon in an email said the prosecution complied with the law and said that Hanson was personally served with the complaints in her cases.

“At her scheduled arraignment, she acknowledged the charges and her rights in a criminal proceeding,” Martinez said. “She acknowledged being served notice of the March 10 hearing date. Because she failed to appear, warrants were issued by the court.”

‘I removed myself from the unjust
situation’

Hanson said she spoke with Freeborn County Sheriff Kurt Freitag the next morning after the March 10 court date while Freitag was on vacation, and he explained more about the procedures for warrants and talked with her about options for handling it. She said he suggested she call the court administrator and explain what happened and ask that the hearing be rescheduled and she would not be arrested.

Freitag said if the court administrator said the court couldn’t do that, Hanson would need to post bail and be out the door in a half hour. He said though Hanson complained about that option, she begrudgingly said she would.

Hanson on Thursday said she took issue with that option, though she did call the court administrator, who suggested she write an email to the judge, explaining the situation. She said by doing so, she felt like she would be stepping outside of common law.

Hanson said there was an attempt by Freeborn County Sheriff’s Office deputy Ron Wacholz to arrest her March 11 shortly after she had spoken to Freitag. She said when Wacholz came to do so, she was worried and afraid because she had never been in trouble with the law, outside of exceeding the speed limit every once in a while.

She said she asked the deputy if he had talked to the sheriff, and he said he had not. They ended up calling the sheriff, and with the understanding she would take care of the warrant, she was ultimately not arrested that day.

Later in March, Hanson and her family also had a get-together for their supporters at their home in rural Hayward, during which a law enforcement officer drove by but did not pull into their property and arrest her with all of the people there.

“At that time, I chose — it was the best interest of our cause to stand for liberty — to remove myself from my home so that injustice could not be performed against me, which would take me out of my cases or simply take me away from working on my cases,” Hanson said. “We had an immense amount of work to do — and still do — on my cases. So, I could not afford to be out of commission, so I removed myself from this unjust situation and decided to take care of some business and to work on my cases and to also do some travel at the same time.”

‘If she doesn’t agree with it, she’s going to fight it’

According to daily logs from the Freeborn County Sheriff’s Office, deputies have made several attempts to execute Hanson’s arrest warrant in the weeks since, sometimes even once or twice a day at her home, without any success.

Freitag said he initially used the same discretion with Hanson’s case that law enforcement uses every day when choosing whether to execute arrest warrants. He said he knew her a little and at the time did not think she was a flight risk or what he would describe as a “radical.”

He said Hanson initially told him she had no knowledge of the court hearing at the time, but later he said he found out she did but chose not to attend because she determined she was not properly served.

The city attorney brought the sheriff before the judge April 1 for an Order to Show Cause hearing, essentially looking at why Hanson had not been arrested on her warrants and why the sheriff shouldn’t be found in contempt of court.

The sheriff said that at the end of the hearing, the judge ultimately said Freitag should continue to try to find Hanson and to avoid confrontation.

Hanson and Freitag continue to disagree about their earlier conversations to the point that Freitag says Hanson lied to him. Hanson says Freitag is “not willing to protect one of the people he swore an oath to.”

“He is either selectively not choosing to remember things that were said between the two of us, or he is purposely choosing to change the story to protect his own self, which is unfortunate,” she said.

Hanson said she has tried to explain her viewpoint in court documents and to law enforcement, and she can’t get law enforcement to agree that the warrants were invalid. She said though she does not want to do, she will likely be naming some of the law enforcement officers who have been involved in upcoming civil lawsuits.

“When law enforcement no longer favors the people, when they stand against the people and will not uphold their oath on the Constitution to protect the people, that’s where I have to draw the line,” she said.

Hanson’s court cases — both civil and criminal — are drawing attention across not only the state but the nation. Hanson said she has done interviews for newspapers, online organizations and television networks nationwide. This week, a press release went out to over 1,000 different recipients across the nation through an organization she is working with called the National Action Task Force.

“It’s not just about me and my business,” she said. “It’s really about everybody. It’s about the liberties and freedoms we’re losing — we’re losing our republic.”

Though she has been out of town in recent weeks, Hanson said she plans to attend an event Saturday at Fountain Lake Park called Stand for Liberty, where various speakers, food trucks and raffles will be set up from 2 to 7 p.m. to raise money for her legal battle. Minnesota governor candidate Scott Jensen and Rep. Erik Mortensen are slated to speak, along with District 32 Sen. Mark Koran.

She said the legal expenses are mounting.

She encouraged people to educate themselves about the Constitution and learn about the liberties and freedoms that the people in this country should enjoy.

“As I’m learning — as my eyes are being opened — I see the corruption at a level deeper than I had ever imagined, and it’s happening in our own backyard.”