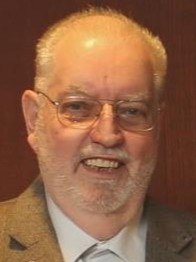 Bill was born to Carl and Hazel (Friis) Wichmann on June 18, 1940 in Austin, MN. He graduated from Austin High School in 1958 and enlisted in the U. S. Air Force. He married Dorothy Davis on September 5, 1961 in Malvern, Arkansas.

As a U. S. Air Force Bomb Navigation Systems Mechanic, Bill served in Little Rock, Rapid City, Colorado Springs, and Bentwaters, England. He was very proud of his military service, and loved to share stories of how he diagnosed and fixed electrical systems on B52 bombers.

After serving in the U.S. Air Force for eight years, Bill worked as an engineer the majority of his career, including 17 years at IBM, followed by time at Seagate, Fogmaster, and Benchmark Electronics. Bill was rightfully proud of his career and the fact that he ascended to multiple leadership positions, despite the fact that he never went to college. He traveled the world managing teams in manufacturing, quality control, and electronics design.

Bill enjoyed fishing and wanted everyone to be able to experience the thrill of landing a fish. He started a fishing club in Winona, “Let’s Go Fishing” to offer fishing trips to senior residents of care facilities and those living at home with support services. Bill was also an avid reader. A book was always a welcomed gift.

After his retirement, Bill devoted his time to volunteering. In 2011 he was named the Big Brother of the Year from Big Brothers Big Sisters of the 7 Rivers Region. He was a self-taught docent at the Marine Art Museum in Winona. Bill was a great teacher, who loved to listen to young students read. He taught many elementary students their math facts by playing cribbage. He also enjoyed teaching literacy to adult English Language Learners. When he wasn’t volunteering, he loved to sit and watch the many bird species that came to visit Dorothy’s beautiful gardens.

A Memorial Gathering will be held at the River Park Chapel at Macken Funeral Home from 2:00-5:00 on Saturday, April 17. Social Distancing Guidelines will be in place and masks will be required.