Jennifer Schiele, who grew up in Albert Lea and whose mother is a longtime resident, has been appointed the next superintendent of Lake Oswego School District in Lake Oswego, Oregon, in the Portland metropolitan area. 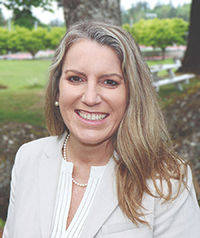 School board members voted unanimously to offer the top position to Schiele at the general meeting session April 26. Schiele, who is currently serving as the assistant superintendent, accepted the job pending final contract negotiations.

Schiele will replace Superintendent Dr. Lora de la Cruz, who announced that she is resigning to take care of her mother. De la Cruz will remain in her position through June 30, and Schiele will officially begin in her new role on July 1. Between now and then, Schiele and de la Cruz will continue working together to further district priorities, including planning for the return to five full days of school in the fall.

According to a press release, Schiele, a talented administrator and compassionate leader, exemplifies keeping students at the center of the district’s mission. She has been instrumental in guiding the district through the pandemic, responsible for curriculum and instructional program development and technology. In overseeing the district’s strategic plan, she has brought focus and direction to social emotional support and instruction and has continuously advocated for teaching and learning excellence with a dedication to achieving equitable academic outcomes.

“Dr. Schiele has demonstrated exceptional leadership during her tenure in the district,” said Sara Pocklington, chair of the Lake Oswego School Board. “We are confident her invaluable depth of knowledge, stellar credentials, and trusted relationships will provide our learning community with the necessary continuity and healing to weather the remainder of the pandemic and come out of it stronger together.”

Donating back to the county DFL Party