Across the Pastor’s Desk: A wonderful promise for faithful

Across the Pastor’s Desk by Kent Otterman

In a recent Scripture reading in church, there is a wonderful promise.  John writes, “I write these things to you who believe in the name of the Son of God so that you may know that you have eternal life.” (I John 5:13)  This is the consistent message of Scripture.  Paul says, “For it is by grace you have been saved, through faith — and this not from yourselves, it is the gift of God — not by works, so that no one can boast.” (Ephesians 2:8-9) We are not saved by our good works.  We could never do enough good works to earn salvation. Rather, salvation is a gift given to those who believe in Jesus. Paul writes, “For the wages of sin is death, but the gift of God is eternal life in Christ Jesus our Lord.” (Romans 6:23) 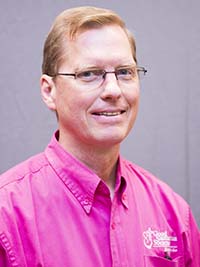 Speaking of Jesus, we read: “He was in the world, and though the world was made through him, the world did not recognize him. He came to that which was his own, but his own did not receive him. Yet to all who received him, to those who believed in his name, he gave the right to become children of God — children born not of natural descent, nor of human decision or a husband’s will, but born of God.” (John 1:10-13) “For God so loved the world that he gave his one and only Son, that whoever believes in him shall not perish but have eternal life. For God did not send his Son into the world to condemn the world, but to save the world through him. Whoever believes in him is not condemned, but whoever does not believe stands condemned already because he has not believed in the name of God’s one and only Son.” (John 3:16-18)

However, it is important to define the word “believe” and the word “faith.” Genuine faith comes from the heart and involves personal trust in Jesus, and this personal trust will show itself in a couple ways. James says, “Show me your faith without deeds, and I will show you my faith by what I do. You believe that there is one God. Good! Even the demons believe that—and shudder.” (James 2:18b-19) James wants us to know that demons have a kind of intellectual faith because they know who Jesus is, but it’s not a saving faith because it doesn’t involve personal trust from the heart and doesn’t result in them doing good deeds. They’re still demons and they still practice evil.

This leads to something else that is part of genuine, saving faith: repentance from sin and obedience to God and his word. Peter says that God doesn’t want anyone to perish “but everyone to come to repentance.” (II Peter 3:9) Jesus also says, “Not everyone who says to me, ‘Lord, Lord,’ will enter the kingdom of heaven, but only he who does the will of my Father who is in heaven.” (Matthew 7:21)

Again, understanding what genuine faith is, what a wonderful promise we read in I John 5:13: “I write these things to you who believe in the name of the Son of God so that you may know that you have eternal life.”