An expansion in Graceland’s Avenue of flags 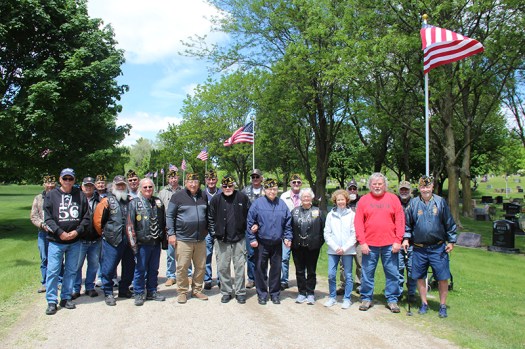 Many have been a part of the expansion of the Avenue of Flags in Graceland Cemetery this year. The flags now line the road near Section C in the cemetery, on the northwest side. Sarah Stultz/Albert Lea Tribune 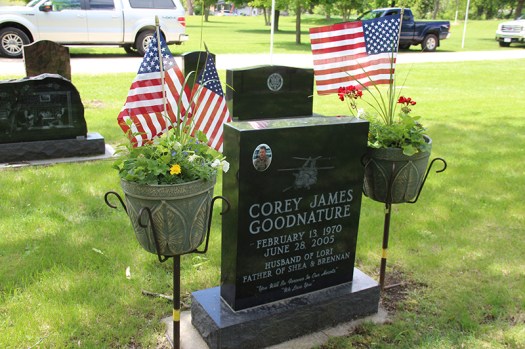 Don and Deb Goodnature, the parents of Corey Goodnature, contributed to the project. The flags line the road near their son's tombstone. Corey Goodnature was killed in 2005 when his company's MH-47 Chinook helicopter was shot down in Afghanistan while attempting to rescue missing U.S. Navy SEALS. Sarah Stultz/Albert Lea Tribune 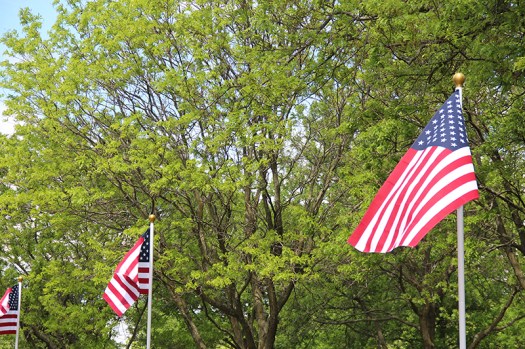 Flags wave Friday afternoon on the extended part of the Avenue of Flags at Graceland Cemetery. Sarah Stultz/Albert Lea Tribune

Visitors coming to Graceland Cemetery this Memorial Day will see an expanded Avenue of Flags thanks to a special project to bring flags to the road near the gravesite of Corey Goodnature.

Goodnature, a chief warrant officer three from Clarks Grove, was killed while performing a rescue mission in Afghanistan on June 28, 2005. He is buried on the northwestern side of the cemetery in what is officially called Section C.

Don and Deb Goodnature, Corey Goodnature’s parents, said they thought it would be nice to have flags extended down the road near his gravesite, so they donated to the fund to make it happen, along with Marla and Chris Burkhart and Chad Buhs, who also have a family member in the same area. Other donations came from the friends of the Avenue of Flags, the American Legion, Veterans of Foreign Wars and Disabled American Veterans, said VFW Cmdr. Robert Sharp, who is president of the Avenue of Flags.

“There’s a lot of veterans in that cemetery,” Don Goodnature said. “It’s a great way to honor them.”

The Avenue of Flags started under the direction of Jack Kipp, a former commander of the American Legion from 1986-87, and has grown in the years since.

In addition to the 170 flags that now line the roads at Graceland, there are also between 100 and 150 flags each at Lakeview, St. Theodore and Hillcrest cemeteries.

Members of the American Legion Leo Carey Post 56 and VFW Post 447 split up the cemeteries, and the flags are put up for a week around Memorial Day and a week around the Fourth of July each year. In addition to setting up and taking down the flags, they also donate time and energy to clean and refinish the poles as necessary and order new flags as the other ones get worn out.

Sharp said there were about 30 American-made flags and poles put up on the west side for this project.

Lowell Peterson, who is retired from the U.S. Navy and who is a member of the Legion Honor Guard, talked about the time he and his wife put into the project with cleaning and painting poles.

Sharp said when he and the other veterans were younger they raised their hand and swore allegiance to the country, and this shows that continued oath.

The Goodnatures said the project was an important one for them in addition to the scholarships they give out each year through the Corey Goodnature Memorial Scholarship Fund to help pay it forward and keep their son’s memory alive. Almost $400,000 has been given out in scholarships.

“I think it’s good for everyone to have the awareness that what we have wasn’t free,” Deb Goodnature said.