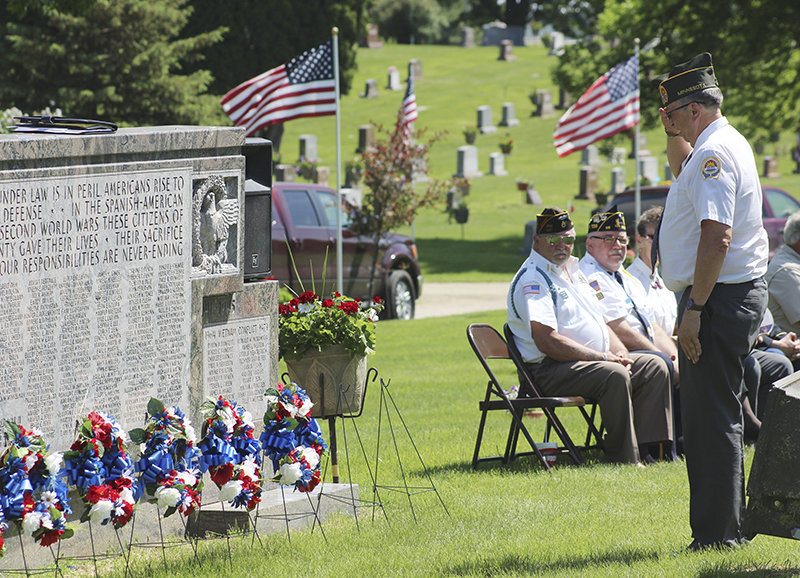 As in years past, Albert Lea and the surrounding communities will observe Memorial Day with special programs in area cemeteries, including a larger program to honor deceased military veterans.

Albert Lea American Legion Cmdr. Jeff Olson said the Legion Honor Guard will start the day with a ceremony at Lakewood Cemetery at 8 a.m., followed by a ceremony from 8:15 to 8:30 a.m. at St. Theodore Catholic Cemetery.

At 10 a.m. will be the traditional wreath drop ceremony on Fountain Lake, and the Memorial Day program will take place from 11 a.m. to noon at Graceland Cemetery.

Master of ceremonies will be Ole Olson, and the program is slated to include singing from St. John’s chaplain Don Malinksy. VFW Post 447 Cmdr. Robert Sharp will be the speaker for the event.

Also on the program will be the laying of the wreaths ceremony by representatives from Albert Lea veterans organizations, the Minnesota National Guard, Gold Star parents Don and Deb Goodnature and a POW-MIA representative.

In addition, there will be a volley fire by the Legion Honor Guard with the playing of taps by bugler Ed Nelson.

The public is invited to attend any of the ceremonies. People should bring their own lawn chairs for the event at Graceland Cemetery.

Following the program at Graceland, there will be a free lunch back at the Legion Post for all active duty, National Guard, Reserves and veterans. People are asked to bring either your DD214, DOD ID card or VA card for verification. The meal is $5 for all others.

The following is a list of other Memorial Day events taking place in the area.

Members of Emmons American Legion Post 317 will make their traditional visits to eight nearby cemeteries Monday morning. The group will assemble at 8:30 a.m. and will leave for the cemeteries at 8:45 a.m.

The Glenville American Legion post will have two ceremonies on Memorial Day. The first is at 9:30 a.m. at First Lutheran Church in Glenville. At 11 a.m. they will be at the Bohemian National Cemetery north of Myrtle.

The Lundberg Lee Legion Post 266 of Hartland will host a Memorial Day service at 9 a.m. Monday at Cross of Glory Church in Hartland.