Arnold G. Peterson, 94, of Northwood passed away Sunday, May 23, 2021 at the Lutheran Retirement Home in Northwood. 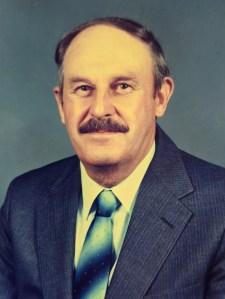 Visitation will be held one hour prior to the funeral at the chapel.

Arnold Gilman Peterson was born May 10, 1927 on the farm northwest of Northwood, IA where his great-grandparents had settled many years before. The fourth child of Gilbert and Alvina (Lau) Peterson, he was one of sixteen children. All of these children were born on that farm. In their late teens and near the end of World War II, Arnold and his next younger brother, Maynard decided to join the Navy. Their dad, a proud World War I Army soldier, told them before they could enlist, they needed to clear the farm of a large stand of oak trees. With this job accomplished, they marched off to join the Navy. Shipping out through San Diego to Yokosuka, Japan, they spend their enlistment aboard an LCD. In 1947, the brothers were honorably discharged. Maynard headed to the Twin Cities to be trained as a train switchman while Arnold sought work for a short time at the Albert Lea Foundry before returning home to the farm. In 1950 their dad purchased 160 acres of land just west of Deer Creek. That fall, he died in a tragic accident. Arnold was 23 at the time. Though very young himself, while his other siblings left in pursuit of other interests, he stayed behind to help their mother save the newly purchased farm and help raise his younger siblings. This was through some terribly rough times.

In 1963 while still farming his mother’s farm, he purchased another 160 acres just a mile away. He, their mother, and two other siblings moved to Arnold’s farm.

For recreation, Arnold loved to go to dances. He was a good dancer and had no shortage of dancing partners.

Arnold’s youngest brother, Gordon, helped on the farm from the time he was a young kid. Over time, he and Arnold became farming partners. This partnership lasted until they both retired. Arnold loved visiting with other people, spending many leisure hours doing just that. He had many friends, serving as best man at many of their weddings. He cherished family, doting on his many nieces and nephews, serving as Godparent to some. Many of these same people could tell you stories of the good times spent with Arnold.

Arnold was not only strong-willed, but generous to a fault. You never had to guess what he wanted: he’d tell you. You could always tell Arnold, but you couldn’t tell him much. In later years he liked to talk about the rocks he’d picked off the farms.

Three and a half years ago, Arnold moved to the Lutheran Retirement home in Northwood, he has made his home there since.

The family would like to thank the entire staff at the Lutheran Retirement Home for the loving care given over the years.