Chalk the Lake Walk kicks off 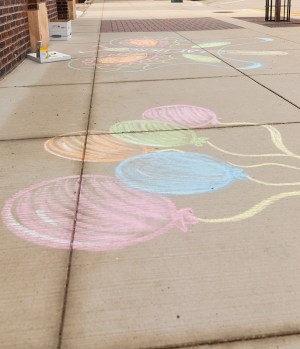 Chalk the Lake Walk started in Albert Lea and runs through the rest of the week. Hallie Cantu/Albert Lea Tribune 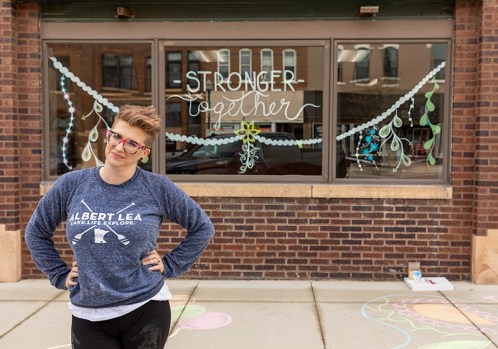 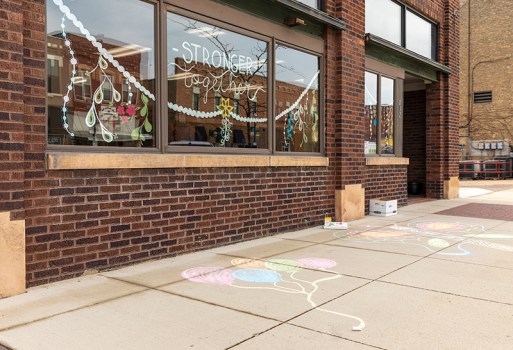 Chalk the Lake Walk will run from Monday to Sunday. People are encouraged to draw pictures, write positive messages or draw games that walkers can participate in downtown and along Fountain Lake. Hallie Cantu/Albert Lea Tribune

The Albert Lea Main Street program and ArtWalk Albert Lea on Monday kicked off Chalk the Lake Walk, an initiative to get people outdoors to decorate sidewalks with artwork, games and positive messages.

The effort aligns with Screen-Free Week, promoted by the United Way of Freeborn County, which encourages people to rediscover the joys of life beyond screens.

Holly Karsjens, executive director of the Main Street program and the Albert Lea Convention and Visitors Bureau, said she hoped downtown business owners and their families would decorate the sidewalks downtown and that others will decorate the walkway around Fountain Lake.

People are encouraged to take photos of their creations and post them on social media using the hashtag #chalkthelakewalkAL. They can also send photos to Karsjens at holly@explorealbertlea.com, and she will put together a slideshow of all the photos.

Last year was the first year for Chalk the Lake Walk during the height of the COVID-19 pandemic, when she and others looked to modify the normal events because of safety concerns.

She said last year there were many positive messages written on sidewalks encouraging people to keep going and spread sunshine.

Chalk the Lake Walk is one of several initiatives taking place through ArtWalk Albert Lea.

Karsjens said they are working on getting two high school students for murals on warming houses, and the Academy Park warming house mural by teenager Ava Cunningham should hopefully be starting in the coming weeks.

There are also plans for metal sculptures this summer for the downtown flower pots, and submissions are being sent in for designs for the new downtown water tower.

More about ArtWalk Albert Lea can be found at www.artwalkalbertlea.com. If people are interested in finding out about other public art opportunities available in the community through ArtWalk Albert Lea, they can also contact Karsjens.