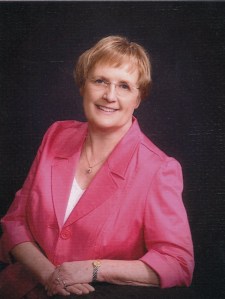 Deb was born March 27, 1944, to William and Norma Harmer of Claremont, Minnesota. Deb graduated from Mankato State College in 1966 with a Teachers Degree. She taught 3rd and 4th at Lakeview School in the Albert Lea School District for 6 years.

She married Allan Brown on June 12, 1971. She became a stay at home mom to Derek and Trisha and was a vital part of the family farming operation. Deb was truly a people person. She volunteered a lot at Derek’s and Trisha’s schools and their 4-H projects.

East Freeborn Church was also a big part of Deborah’s life. She had many teaching and leadership roles and was involved in the church leadership programs. She was a deacon until she could no longer handle her duties.

Deb regularly met with many different groups including college and teacher friends, card club friends and church friends. Al and Deb also enjoyed being with friends at their lake home on Woman Lake near Longville, MN.

Deb enjoyed bowling and golfing. Al and Deb enjoyed traveling together to the southern states on winter vacations. They also enjoyed Alaska, Mexico, Ireland and the Canadian Rockies.