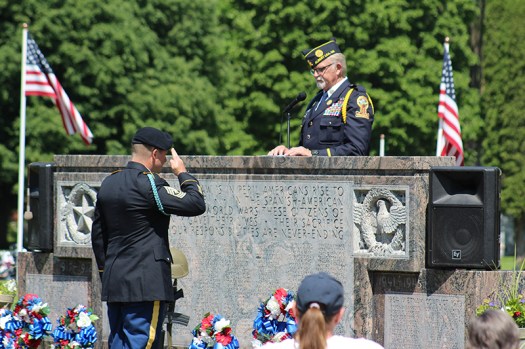 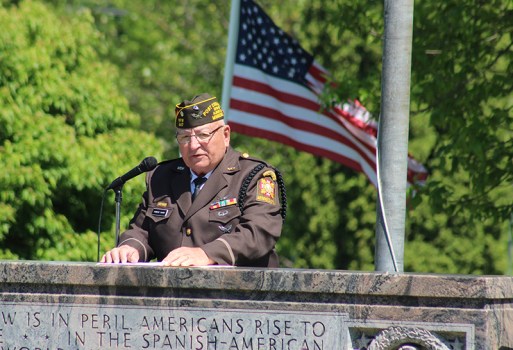 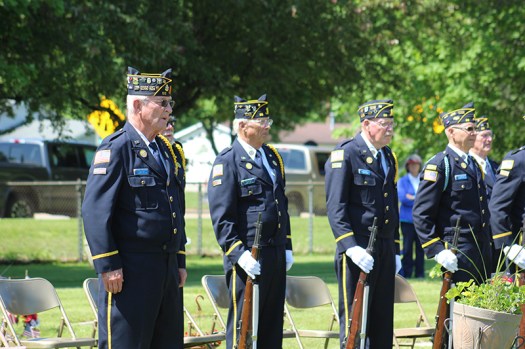 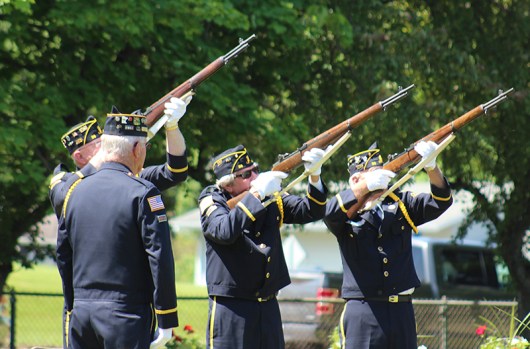 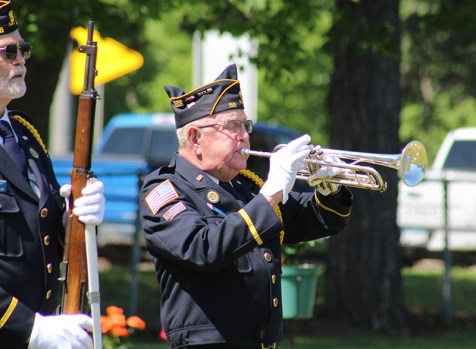 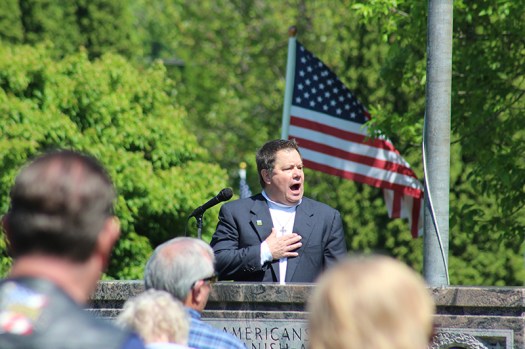 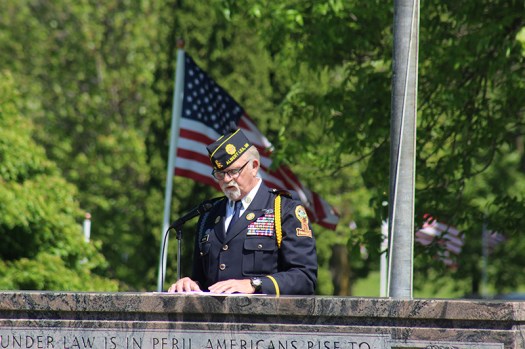 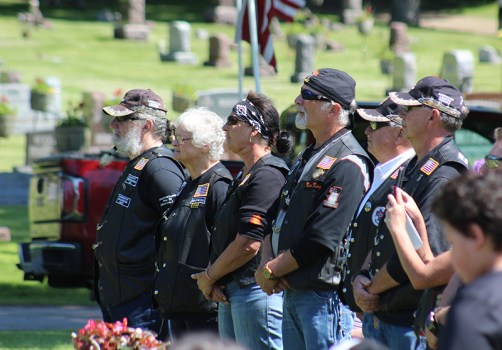 Members of the American Legion Riders stand together as they listen to the Memorial Day ceremony. Sarah Stultz/Albert Lea Tribune

The commander of Veterans of Foreign Wars Post 447 encouraged area residents Monday to tell the stories of those who died in service to their country and to make sure their loved ones are always cared for.

The message came during the traditional Memorial Day Ceremony at Graceland Cemetery, in what was a return to normal services after a year of change because of COVID-19.

Bob Sharp, a Vietnam War veteran who is also the president of the local Disabled American Veterans, said those who gave their lives represent the best America has to offer and that “their sacrifice is a true expression of selfless service.”

Sharp recognized those who have lost a loved one in service and said that their courage and grace is inspiring.

He said this will be the 20th year the United States is in war in its current conflict, and 2.7 million American citizens have served in Iraq and Afghanistan — over half serving more than once. He noted they have great stories of service and sacrifice, and people should share their stories and strive to live up to their example.

Sharp, who is also the president of the Avenue of Flags, the rows of flags that are put up each Memorial Day and Fourth of July in four area cemeteries, spoke of how the flags were extended this year in memory of Chief Warrant Officer Three Corey Goodnature, who was killed when his company’s helicopter was shot down in 2005 in Afghanistan while attempting to rescue missing U.S. Navy SEALs.

Ole Olson, with American Legion Post 56, who was the master of ceremonies for the event, read a saying he found on social media that described Memorial Day as the most expensive holiday on the calendar.

“Every hot dog, every burger, every spin around the lake, or drink with family is a debt purchased by others …” Olson said. “This isn’t simply a day off. This is a day to remember — that others paid for every free breath you ever get to take.”