James Lawrence Butler, 75, of Hollandale, Minnesota, passed away peacefully at his home on May 13, 2021. James was born in Albert Lea, Minnesota, on September 17, 1945, to Irene A. (Rauenhorst) and James H. Butler. He spent his early childhood on a farmstead with his parents, sister, grandparents, aunts, and uncles before moving with his parents and sister to a home just north of Albert Lea. James enjoyed a very happy childhood playing Hide and Seek and card games with his family and helping with the various chores on the farm. 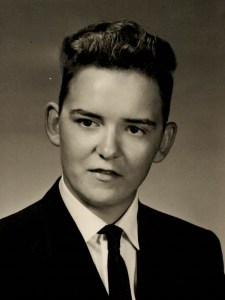 He attended St. Theodore’s and St. Mary’s Catholic Schools, graduated from Albert Lea High School in 1963, and then attended Mankato State University, prior to beginning his career at Wilson & Co. He was drafted into the US Army and served at Ft. Bliss, Texas, for two years. He returned home and finished out his career at Wilson & Co. and Farmstead.

James was a very devoted son and took special care of his mother in her final years. He always willingly helped family members and refused to accept anything in return. In his later years, he had white hair and a white beard and children used to call him “Santa,” to which he would always good-naturedly ask if they had been good.