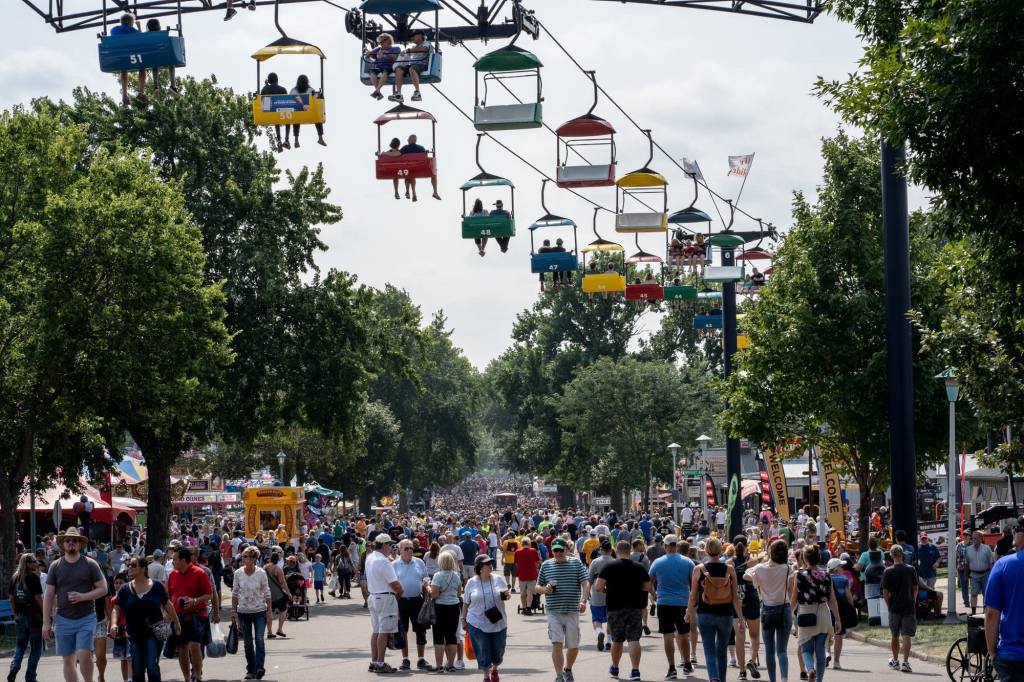 Minnesota State Fair officials are looking for a new police force, after fair officials decided to eliminate the department following the departure of the current police chief.

“We’ve determined that the most effective and efficient way to provide the best possible public safety is to partner with an outside agency. We’re currently in discussions with Minnesota law enforcement agencies to provide the best and safest environment for all at the State Fairgrounds.”

The fair’s police department had more than 50 employees as recently as 2018, although not all were sworn officers. The fair typically ramps up for the Great Minnesota Get Together by bringing in scores of uniformed officers from agencies around the state on a contract basis.

Ramsey County Sheriff Bob Fletcher said in an interview with MPR News that he is in talks with the State Fair to organize police services. His department already has the contract to police Falcon Heights, where the Fairgrounds are located.

“We haven’t worked that out,” Fletcher said in an interview. “We’ve made no commitments.”

He said he considered policing the fair to be a state responsibility, and that he’s asked for troopers or conservation officers to assist with the effort. It isn’t clear if the sheriff’s office would sign a contract with the fair, enter a joint powers agreement or strike a fee-for-service deal — or be in charge at all.

Department of Public Safety officials didn’t immediately respond to a request for comment.

Fletcher says the fair will need an estimated 200 officers to serve during the 12-day run, at a cost approaching $2 million. He says that’s well above the previous complement, but he thinks security will warrant the extra officers.

“We’re trying to build this team that could provide a safe and secure environment,” Fletcher said. “We’re not going to commit unless we know we can get the job done right. And it’s critical that the job be done right, because there’s 2 million people that come to this fair… It’s just too important not to have the right level of safety there.”