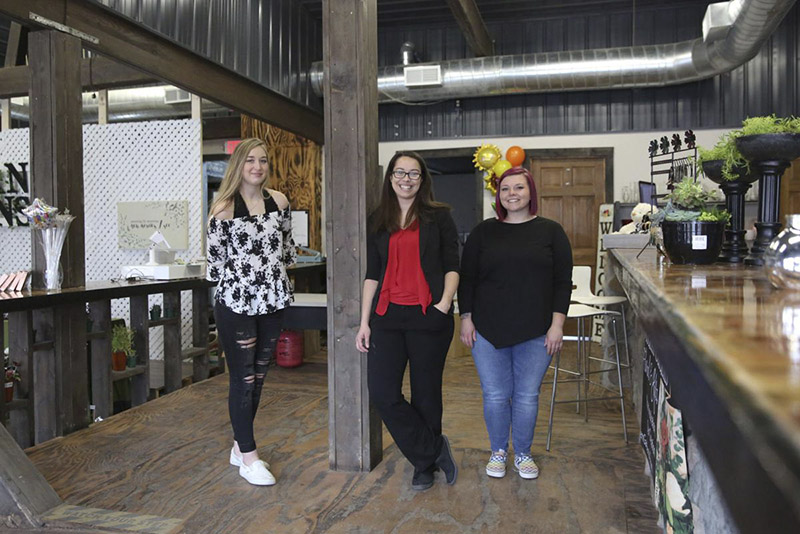 On the surface, Northwood resident Bethany Smith picked a particularly difficult time to try and get a new business going.

Back in October, when the COVID-19 pandemic had yet to start trending downward in Iowa, Smith, who co-owns a construction company with her husband David, opened up a location on 14th Street South in the Worth County seat that took over the former Village Florist location. According to Smith, part of the interest in the new career path stems from her grandmother, who worked as a florist for more than a decade.

“Honestly, we couldn’t think of a better time to open a floral and gift shop because of the concern for the mental health and wellbeing of everyone stuck at home,” Smith said.

Now, about six months later, Smith’s interest is flowering even further with a new shop opening up in the heart of Northwood on Central Avenue. As opposed to the former spot, Smith said that “Modern Gardens Floral and Gifts” will have more space and appeal more to customers who may not have a major green thumb. Beyond just succulents or perennials, there are boxes of cookies and balloons.

“We’re going to be doing more gift baskets and chocolates and goodies. Having things like that on hand,” Smith said. “We want to cover everybody’s needs.”

Smith said that opening the new venture will mean pruning the initial business, at least for now.

“We hope to have both locations open. But, at this point, we can only sustain one. Once the greenhouse is open, we hope to have that open more as a garden center and the location on Main (Central) Street as a floral,” she said.

With the new address, Smith said that it’ll be much easier to be a part of the community and fill a floral need that hasn’t existed locally for several years. One major need she pointed to: “Being able to help families stay connected.”

That familial focus extends to who Smith is working with.

Michelle Palmer is a cousin of Smith’s and Kendra Ringham, who’s working as a manager, is a friend. Occasionally, some of Smith’s own daughters will make their way to work alongside her.

“I have always been a creative person and this is definitely some way to let my creative flow,” Ringham said. “I think we work better, together, in the same environment,” Palmer added.

The first official day for Modern Gardens is May 1, and Smith said that there will be a grand opening event on Mother’s Day weekend. The aim is to operate 9 a.m. to 5 p.m. on weekdays, and noon to 4 p.m. on Saturdays. When that opening day hits, Smith said it’ll be one of excitement for her.

“It’s kind of a weird jump, but we kind of fell into it and it seems like a made to be thing.”