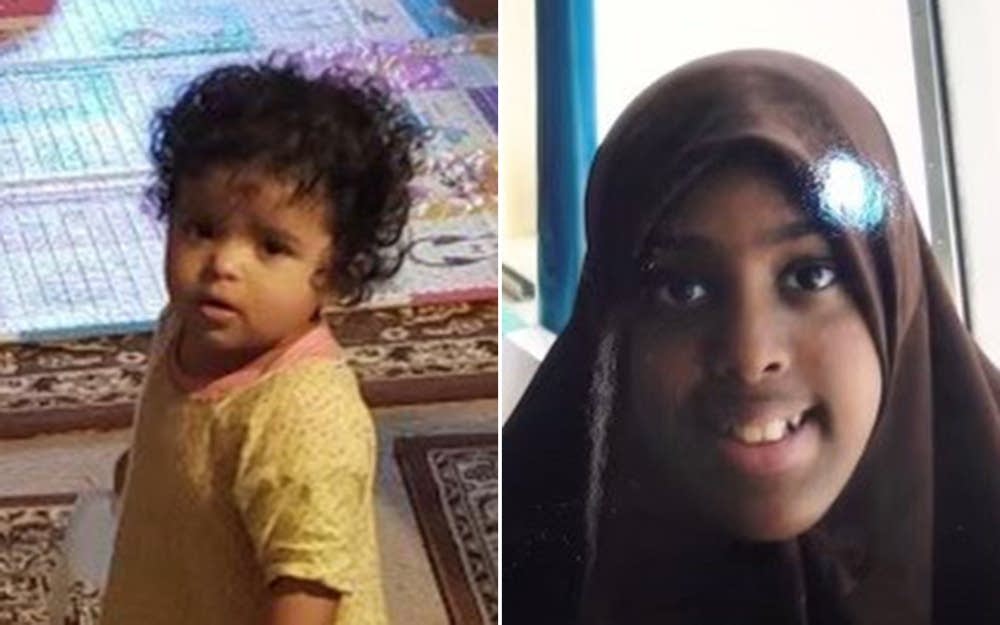 Nasteha Mohamed (left), 2, was last seen Monday afternoon in northeast Minneapolis. Police believe Amina Mohamed, 27, took her younger sister, and that the toddler may be in danger.Courtesy of Minneapolis Police Department

Authorities say Nasteha Mohamed was last seen on the 1400 block of Marshall Street Northeast just before 3 p.m. on Monday. They believe her 27-year-old sister, Amina Mohamed, may have taken her.

“It is believed that Nasteha may be in danger at this time,” police said in a statement. Amina Mohamed “suffers from bouts of paranoia,” the statement said.

Police also fear Amina Mohamed may be attempting to leave the state with her sister.

Police are asking the public to be on the lookout for the two, and that they may be traveling in a gold-colored 2013 Chevy Equinox SUV with Minnesota license plates ECG917.

Authorities are asking anyone who sees them or has information on the pair to call 911 immediately.