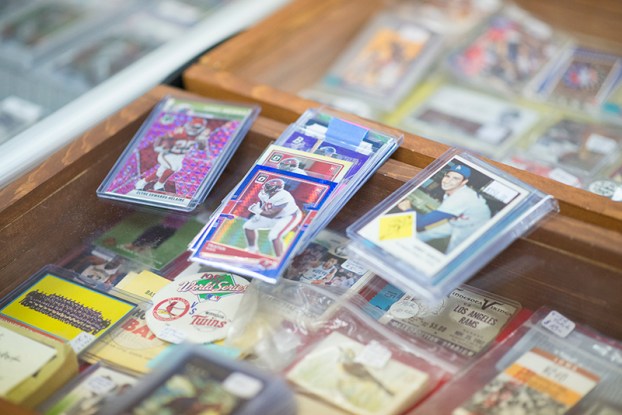 The sports card market has seen a boom recently that has made the value of cards skyrocket and finding a pack of cards at a store nearly impossible. Tyler Julson/Albert Lea Tribune

MINNEAPOLIS — Target on Friday cited safety concerns in suspending in-store sales of sports and Pokemon trading cards, but made no mention of a recent fight over cards outside a Wisconsin store.

While the Minneapolis-based retailer didn’t give a direct reason for the change, the Minneapolis Star Tribune reported it came after police in Brookfield, Wisconsin, reported that four men had attacked another man over cards on May 7.

“The safety of our guests and our team is our top priority,” Target said in a statement. “Out of an abundance of caution, we’ve decided to temporarily suspend the sale of MLB, NFL, NBA and Pokémon trading cards within our stores, effective May 14. Guests can continue to shop these cards online at Target.com.”

Dave Bondi, president of Twin Cities Sports Collectors Club, said sports cards have been rising in value over the past year for several reasons: the emergence of some exciting rookies in baseball; the release of a documentary about the Chicago Bulls during the Michael Jordan years; and Kobe Bryant’s untimely death. He also said card companies are printing fewer cards.

“The boxes of cards are not as readily available as they once were in the ’80s and ’90s,” Bondi said.

‘Foot soldiers’ of Birmingham to BLM: ‘Keep on keeping on’

BIRMINGHAM, Ala. — Charles Avery had barely started marching when police arrested him, forced him into a police vehicle and... read more