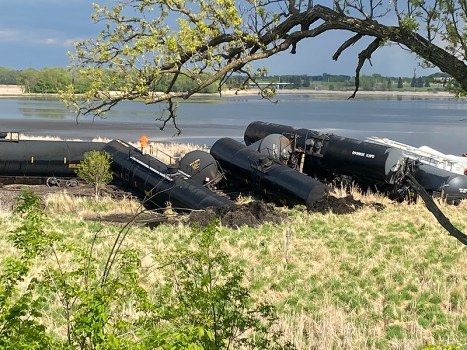 Authorities have stated 20 to 30 cars on a Union Pacific Railroad train have derailed near a wetland near Goose Lake behind Eastgate Road in Albert Lea. Sarah Stultz/Albert Lea Tribune 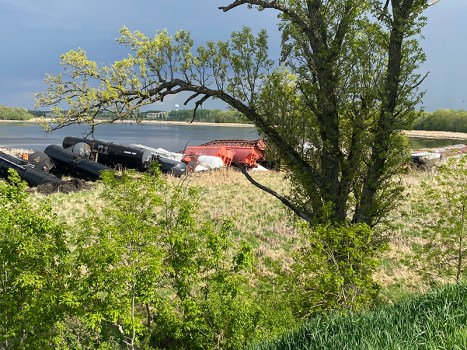 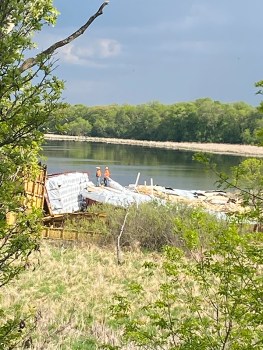 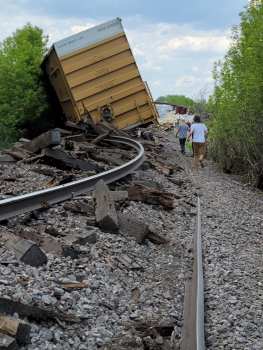 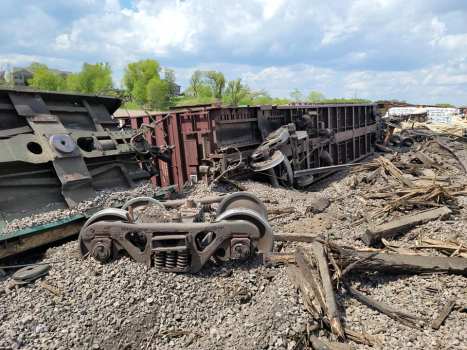 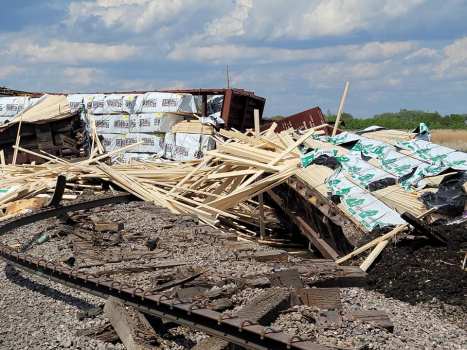 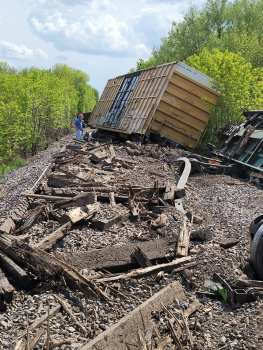 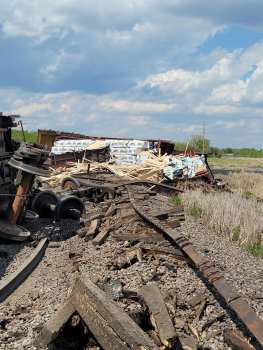 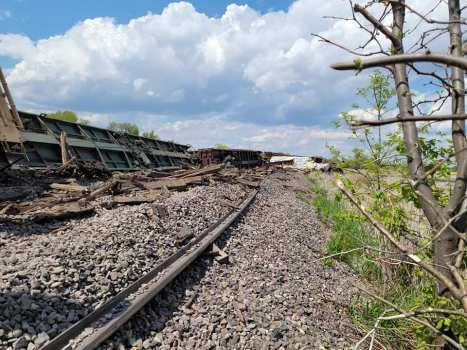 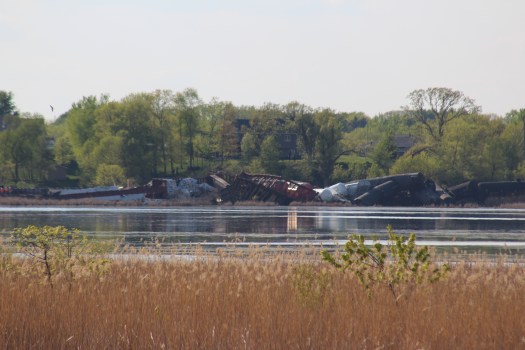 The derailed train can be seen across Goose Lake from Stevens Street in Albert Lea. Sarah Stultz/Albert Lea Tribune

According to the Freeborn County Sheriff’s Office, about 20 cars derailed on the southbound train.

The derailment was reported to authorities at about 1:30 p.m. in the wetland area near Goose Lake. No injuries were reported.

The Police Department said on its Facebook page there is “nothing airborne” at this time, although teams are searching the area. Police said a precautionary shelter-in-place order was in effect for nearby homes.

Glassel said the east portion of Eastgate Road is closed to give access to emergency personnel, but no other streets are affected.

Authorities have said there is no immediate harm to the public in the area. They are asking people to stay out of the area to allow access for crews.

Union Pacific crews and contractors are onsite and will be working to clear the line.