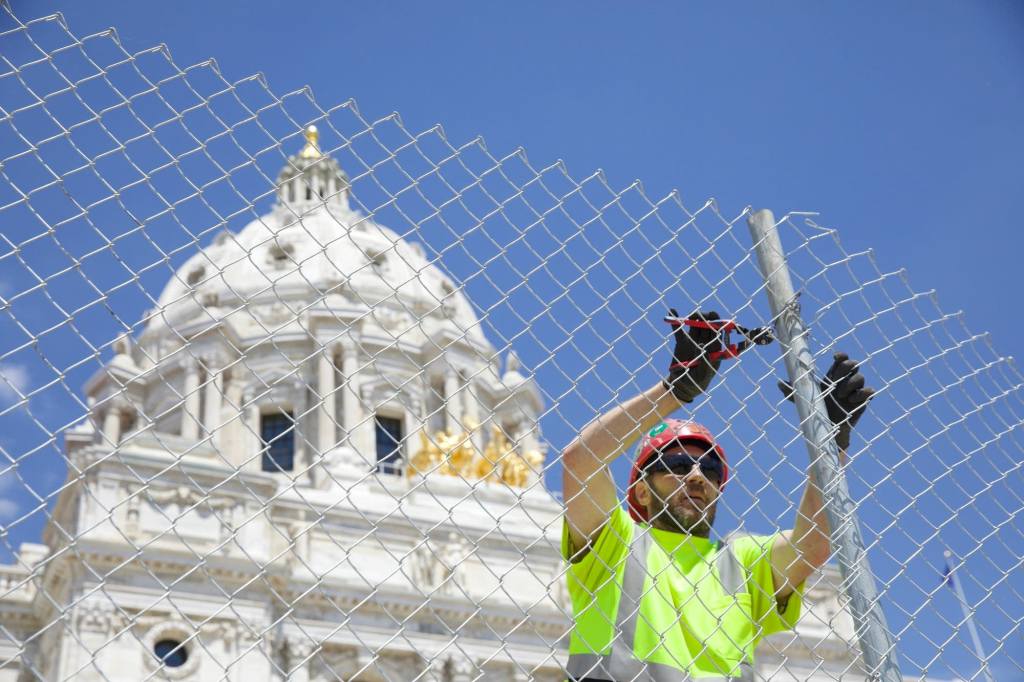 The part-time Minnesota Legislature is back in session Monday for a remarkable 17th straight month.

While this special session is tied to the declared emergency around the COVID-19 pandemic, it will be more focused on approving a new state budget. And leaders warn it could drag on a bit.

“I have been telling people to plan to be in session from June 14 to July 1 at least,” said House Minority Leader Kurt Daudt, R-Zimmerman. “Who knows, it could go longer than that.”

Daudt’s take matters because the minority can dictate the duration of a session by refusing to waive timing rules, by offering up amendments or just by speaking at length about the legislation at hand.

There are more than a dozen bills that need ratification before the Legislature’s job is done and any threat of a government shutdown is extinguished.

This special session begins Monday. And hours before the official noon start time, Gov. Tim Walz renewed the peacetime emergency around COVID-19 — one has been in place since March of last year. Every time it is re-upped in 30-day increments, the Legislature is called in to get a chance to block the executive authority. Every time so far, that effort has fallen short.

The latest renewal could be the last if signals Walz sent last week are being accurately interpreted.

With the mask mandate gone and all restrictions lifted on restaurants and large events, the declaration is much more limited in scope.

Walz is still holding onto regulations around price gouging and a moratorium on rental evictions. The authority also eases moves being made around vaccinations and testing and supply acquisition. Some federal funds are also connected to the emergency status.

“There’s been a tremendous amount of work that has gone into this over the last several months but especially in the last several days here,” Flanagan said. “I remain hopeful that we’ll be able to get rent help to thousands of Minnesotans who need it.”

A Walz executive order bars evictions for nonpayment of rent and other reasons. Lawmakers are searching for a solution that relies on vast amounts of rental assistance and won’t cause a surge in tenant removals as the COVID-19 pandemic eases.

Nonetheless, Republicans say the emergency has run its course, and they’re pushing hard to get Walz to lift the order. It’s still a component of negotiations around a budget, so there could be developments this week that draw the emergency to a close or set an end date.

As for the budget, the regular session adjourned without a single finance bill passing. All leaders had by their May 17 adjournment was a framework for getting one done. And filling that blueprint in has proved difficult.

Almost every area of the budget has some complication or another. A few bills have been readied for votes.

But in a special session, each bill is subject to amendments. So it’s not clear if these will be adopted as is or undergo more changes.

And the areas where the most money goes — health and human services and education — are still unresolved. In a lot of cases, it’s policy matters — police accountability, election procedures and environmental safeguards — not money that’s tripping negotiations up.

Lawmakers have until June 30 to pass a full budget or risk having to lay off state workers and shut down some programs.

Walz and top legislators are adamant it won’t reach that point.

House Speaker Melissa Hortman guaranteed a budget will be done on time. Walz offered a similar appraisal on Friday.

“There’s folks who want to drag this out as long as possible. And they have that right should they want to,” Walz said. “I still with absolute confidence — we’ll be done by the first of July. Whether we can be done by next week or not? We’ll see.”

The governor and top lawmakers planned to meet over the weekend to try to resolve some of the outstanding issues. Even if they do, most of the bills won’t be written or even to the point where they could get a vote until midweek or later.

Gazelka, R-East Gull Lake, said his caucus sees no reason to bring it to the brink of a shutdown either.

Both majority caucuses are confident that their members will stick together even if there is some grumbling over the final product.

But there’s one more wild card: the Capitol itself.

It’ll be open to the public during a session for the first time since March 2020.

Lawmakers haven’t had to confront protests, passionate pleas from affected people — or frankly one another — for a long time due to attendance restrictions. Expect the chambers and the corridors to be full of legislators, lobbyists and engaged citizens, sort of like old times.

But one group, the self-styled Civility Caucus of past and present lawmakers who preach cooperation, will try to set a cooler tone from the get-go. It’ll hold an ice cream social on one of the plazas just as session gavels in at noon.