After more than a year closed, Senior Center reopens 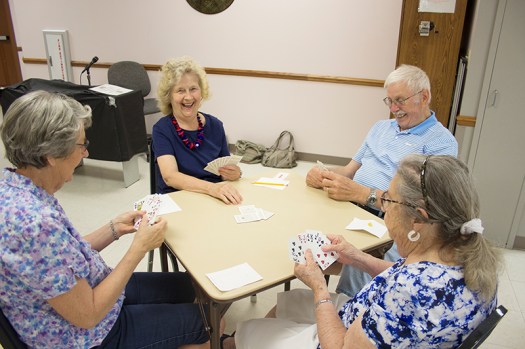 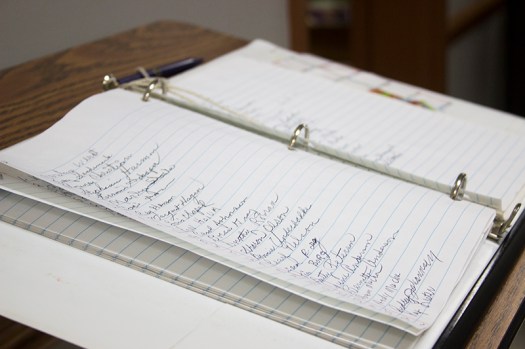 Members sign their name in this book to record their presence at the events. Abigail Chalmers/Albert Lea Tribune 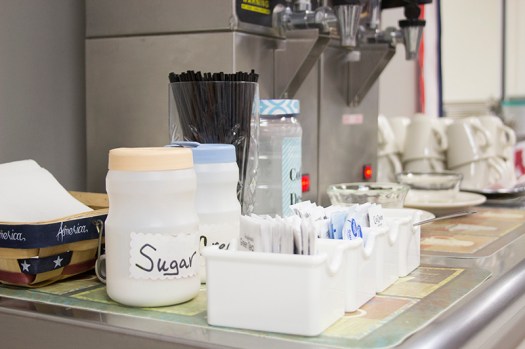 Coffee and treats are available to enjoy at the activities for a small fee. Abigail Chalmers/Albert Lea Tribune

City partners with Y to lead activities at the center

The Albert Lea Senior Center, located in Skyline Plaza, opened on Monday after being closed for over a year due to the pandemic. The center has also seen a change in management, as the city of Albert Lea has partnered with the Albert Lea Family Y and has passed control of the daily activities over to the organization.

April Jeppson is the community and marketing director at the Y and is leading the Senior Center. She said anyone who is a member at the Y is automatically a member of the Senior Center, and that many insurance companies will cover the costs of a membership. She also explained the newly-formed union between the city and the YMCA in further detail.

According to Jeppson, 50 people came to play bingo on the opening day, which made for a great turnout. The Senior Center advertised its return through radio commercials and there was an open house, but the employees are still concerned that some are unaware it has re-opened.

“There are still people out there that don’t even know that we’re open yet,” Jeppson said.

They hope to see even more people join them for their activities, which include cards, bingo, aerobics and other fitness classes, crafts, quilting and others to come.