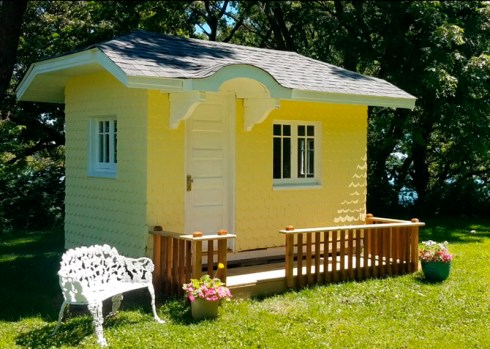 Six different she-sheds will be part of the tour next weekend, including this one owned by Paul Stieler, which is a combo she-shed and antique doll house. Provided 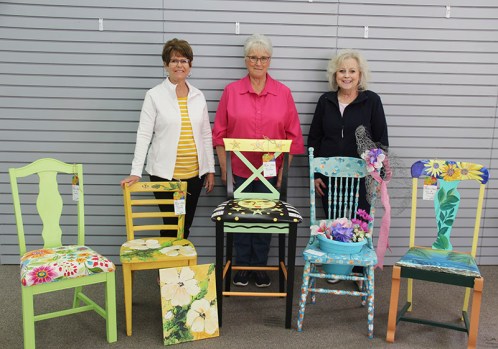 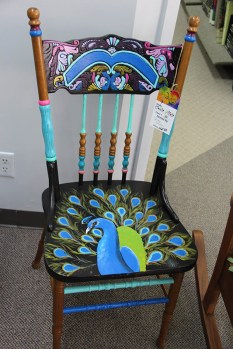 At least 100 chairs have been painted and will be sold as part of the Funky Chair Affair. Sarah Stultz/Albert Lea Tribune 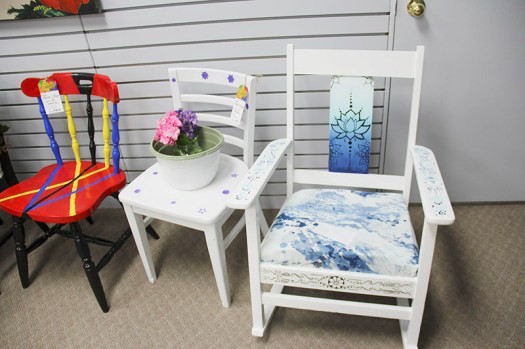 All ages have been involved in painting the chairs. Sarah Stultz/Albert Lea Tribune

The Albert Lea Art Center has a new fundraising event planned for next week inspired by a feature in Albert Lea Magazine.

Art Center member Beth Tostenson said she enjoyed reading the September/October 2020 issue of the magazine that featured she-sheds of various people in the community, and she thought it would be fun to organize an event where people could go on a tour to various she-sheds and check them out themselves.

“I thought it would be a good fundraiser,” she said.

The Art Center decided to combine it with another new fundraiser called the Funky Chair Affair, in which people throughout the community have painted chairs and will have them for sale at the various she-sheds. All of the money raised will go to support the Art Center.

“People are getting out more, it’s COVID safe, and we’re all looking for something fun to do,” Tostenson said.

The She-Shed Tour and Funky Chair Affair will run from 4 to 8 p.m. Friday and 9 a.m. to 3 p.m. Saturday, June 19. Tickets cost $10 per person and can be purchased at the Art Center, Addie’s Floral & Gifts, EJ’s Mercantile and at the she-sheds on the days of the event.

The six locations on the She-Shed Tour include the following:

Barb Rognes, one of the people who has helped plan the Funky Chair Affair, said the idea for the chair fundraiser came from Rochester, which also has a Chair Affair with a gala. Participants choose to paint their chair however they choose.

She said previously the Art Center had 100 chairs painted from 63 artists.

“We’ve been so blessed with chairs, it’s been unreal,” Rognes said.

Diane Westland, another organizer, said there have been people of all ages who have painted a chair, with some as young as 10 or 11 painting. Each artist put in a lot of time, effort and creativity and used their own materials.

The Art Center will have the chairs priced ahead of time, and chairs can be purchased before the tour at the Art Center or on the days of the She-Shed Tour. Cash or check only will be accepted.

“They’re not just for the garden, they’re for conversation,” Rognes said of the chairs.