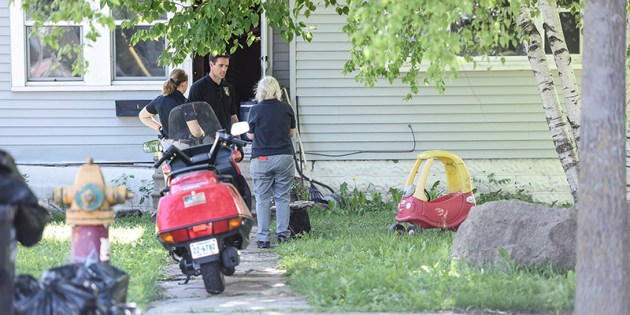 Austin police and the Bureau of Criminal Apprehension are at the scene of a “suspicious death” located in the 100 block of 12th Street NE Saturday morning. Eric Johnson/photodesk@austindailyherald.com 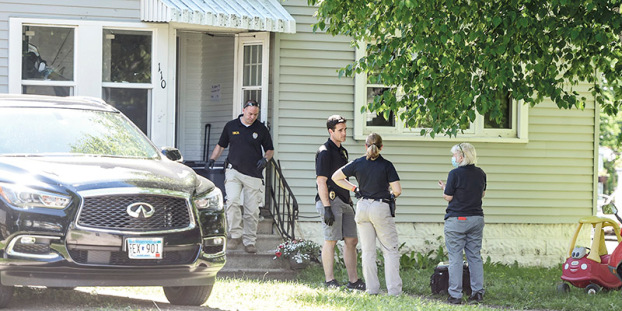 Austin police and members of the Minnesota Bureau of Apprehension talk with the coroner, right, at the scene of a “suspicious death” Saturday morning in the 100 block of 12th Street NE. Eric Johnson/Albert Lea Tribune 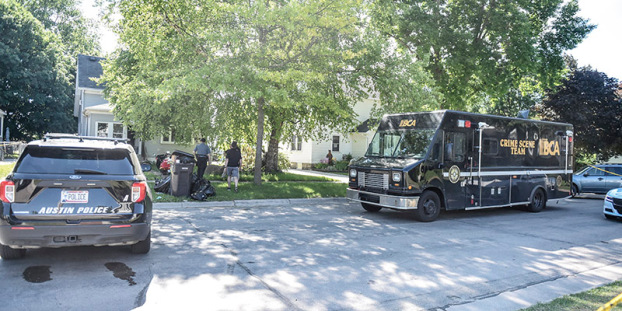 Law enforcement was on the scene Saturday morning of what’s being labeled as a “suspicious death” in the 100 block of 12th Street NE. Eric Johnson/photodesk@austindailyherald.com

One man is dead Saturday following an early morning shooting in Austin.

The Minnesota Bureau of Criminal Apprehension, along with the Austin Police Department, are investigating what was originally labeled as a “suspicious death.

According to a release from the Austin Police Department, the incident took place early in the morning at around 1:10 a.m. when Austin Police officers were called to a home at 110 12th Street NE via a 911 call regarding a shooting with multiple victims.

When officers arrived they found one adult male gunshot victim. Despite lifesaving measures performed by officers the victim was pronounced dead at the scene.

According to the release: “Officers further learned of others who were injured during the shooting.”

The report goes on to say that based on evidence and witness interviews police believe the shooting was a targeted incident and there is not a threat to public safety.

Police are withholding the identity of the victim until an autopsy can be completed along with a formal identification and family notification has taken place.

While there is no word on a suspect at this time, a bystander living in the area said she heard four shots and witnessed a car leaving the scene on 12th Street NE before turning left on First Avenue NE and then right on 11th Street NE and speeding away. The bystander said they heard the shots between 1 and 1:25 a.m.

This is an active and ongoing investigation. Check back as more information becomes available.