Charles Dean Johnson, age 66, of Wells, MN, died June 11, 2021 after a courageous battle with cancer at Methodist Hospital in Rochester, MN. A Memorial Service will be held Wednesday, June 16, 2021 at 11:00 AM at Open Doors Wells United Methodist Church with Pastor Chris Leistra officiating. Visitation will be Tuesday, June 15 from 4:00-7:00 PM at Bruss-Heitner Funeral Home in Wells, MN, and for one hour prior to the service at the church. Interment will be at Rosehill Cemetery in Wells, MN. Bruss-Heitner Funeral Home is assisting the family. To leave an online condolence, please visit www.brussheitner.com. 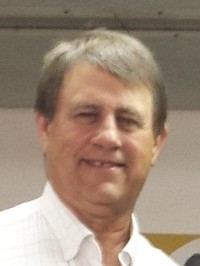 Charlie was born April 30, 1955 the son of Robert and Willma (Lacher) Johnson. He graduated from Wells-Easton High School in 1973. After graduation he continued higher education at U of MN Waseca where he studied agronomy. Charlie also starred on the university football team where he excelled on both the offensive and defensive line. He was united in marriage to the love of his life Debra Wiederhoft on August 15, 1975 at UMC in Wells, MN. Together they raised 3 children that he adored more than anything (that is until his 7 grandchildren arrived). His life work was spent on the farm alongside his dad, brother, son and grandchildren. He was a tireless advocate for farmers where he was Chairman of the Board for CFS and served on the Clark Township board for over 30 years.

In his free time he loved to watch sports and travel with family and friends. His most memorable trip was a Disney cruise with the entire family. A good cup of coffee shared with family and friends was the perfect way for him to start his day. In retirement you could find him sitting at the end of the dock and fishing. As the seasons changed, the fishing transitioned indoors to the icehouse where you could find his rod and reel (perhaps not being attended to) but in the water. He has a few grandkids that will likely pick up that fishing pole a time or two more because of their Grandpa Charlie.

He loved entertaining at the lake cabin where you could often find him on a sunny afternoon listening to Journey on the pontoon with a group of friends. The regulars knew not to ask him to sing.

You learn a lot about someone in the highs and lows of life. With Charlie’s cancer diagnosis we learned how incredibly strong he was. There was not a treatment, procedure or trial that he was not willing to try. He was often overheard telling medical staff that he had so much to live for as he wanted to be there for his family and grandkids. A nurse asked to describe Charlie and his daughter said, “A stranger was just a friend that he hadn’t met yet”. Quoting William Butler Yeats.

He will be met in heaven with open arms by his loving mother, father, and older brother Gary.