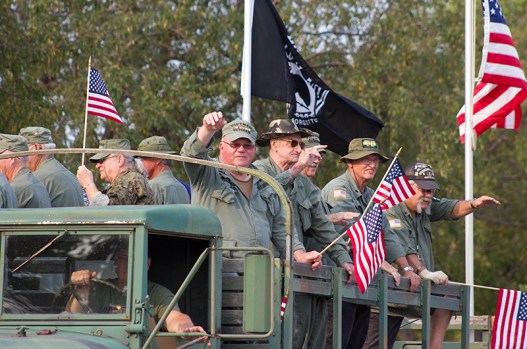 Vietnam War veterans wave near the start of the annual Third of July Parade in Albert Lea a previous year. Tribune file photo 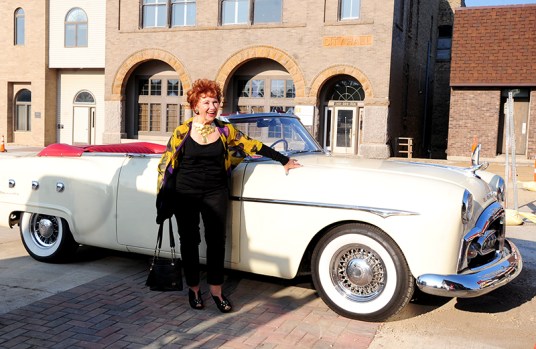 “Happy Days” actress Marion Ross will be the grand marshal of the Third of July Parade and will be in town for the unveiling of a statue in her honor in front of the Marion Ross Performing Arts Center on Friday. Tribune file photo 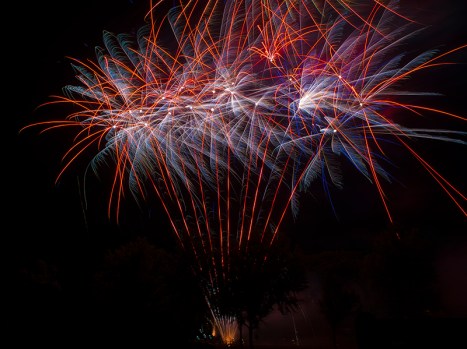 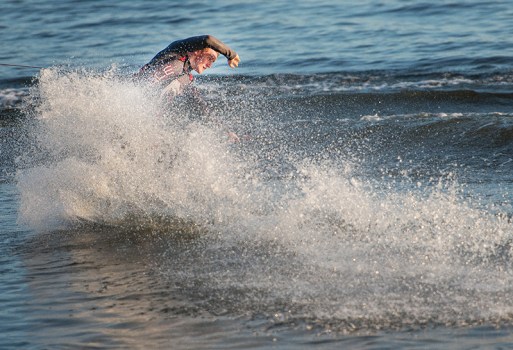 The Bayside Water Ski Show Team will put on a show at 7 p.m. Thursday and at 2 p.m. Sunday. Tribune file photo

The Independence Day holiday this year in Albert Lea will be full of activities for all to enjoy.

Events kick off Thursday with Food on Fountain, in which Fountain Street will be closed down from Washington Avenue to Newton Avenue, and food trucks and vendors will set up and sell food from 11 a.m. to 8 p.m.

Also on Thursday, Patchouli will perform at Fountain Lake Park during Thursdays on Fountain.

On Friday, the unveiling of the statue in honor of “Happy Days” actress Marion Ross will take place at 5:30 p.m. at the corner of Broadway and Marion Ross Street in front of the Marion Ross Performing Arts Center. Ross will be in attendance, and the public is invited to attend.

The bronze statue has been created by sculptor Chad Fisher from Dillsburg, Pennsylvania. The statue will feature Ross as her character from the hit TV show seated on a park bench with an outstretched hand inviting visitors to take a seat beside her for a photo op.

The fundraising committee said Ross helped to decide the location of the statue, which will be at an angle looking from the theater corner out across the lake to the beach, where she was a lifeguard. She also thought that her old house on High Street is just over the hill from the beach, so she would be forever looking at important images from her past that would make it the perfect spot.

Glen Parsons, one of the members of the fundraising committee, said Henry Winkler, who played “The Fonz” on “Happy Days” will not be able to attend, but Kyle Carpenter, CEO of the MacPhail Center For Music will be in attendance as well as guests Ron Peluso and Sue Scott, formerly of “Prairie Home Companion.”

Parsons said Ross’s son,  Jim Meskemen, his wife and their daughter will accompany Ross. Meskemen is an impressionist who competed on “America’s Got Talent” in 2013.

Parsons said after the unveiling, there will be some time for photos with Ross, followed by a public reception at Three Oak Winery, where members of the public can meet Ross and get autographs signed as well.

Parsons said in addition to the patio at the winery, there will be a 40-by-40-foot tent with tables and chairs. Victory Catering and Peppered Cow will be on site providing food, and there will be a cash bar. No cover charge is required to attend.

Ross grew up in Albert Lea and calls Albert Lea her hometown. She has done fundraising for the Freeborn County Historical Museum with the donation of her blue garden truck from her “Happy Days Farm,” which raised $20,000.

She has also taken the Albert Lea Community Theatre under her wing, which performs at the theater that bears her name, the Marion Ross Performing Arts Center. Both have benefited greatly through the years with her performances as she has given thousands of dollars back to her old community in support of the arts.

Parsons said donors to the statue will be recognized with bricks nearby, which have already been installed. He noted there are a limited number of other brick openings for people who wish to donate through Aug. 1.

Also on Friday evening there will be a Pelican Breeze cruise at 6 p.m. Cruises are $10 per person and children 5 and under $5. People may bring their own snacks and beverage on board. For additional information call 383-7273.

On Saturday, the Albert Lea-Freeborn County Chamber of Commerce will again host the annual Third of July Parade, which starts at the Freeborn County Fairgrounds, travels down Bridge Avenue, turns onto Fountain Street and ends at Central Park, the same as in years past.

This year’s theme will be “Happier Days Ahead” with Ross named as the grand marshal.

On the Fourth of July, the Pelican Breeze will leave on a cruise at 1:30 p.m.

The Bayside Water Ski Show Team will perform at 2 p.m. on Edgewater Bay. This  year’s show is titled “Bayside City Summer Days” and revolves around the fun activities that take place as small towns celebrate their communities in the summer, such as through marching bands, parades, street dances and carnivals.

People should bring lawn chairs or blankets to sit on. There is an entry fee at the gate for admission.

A car show will be downtown on Broadway from 2 to 6 p.m., and at 8 p.m., the Albert Lea Community Band will perform at Fountain Lake Park gazebo.

At dusk, the annual fireworks display will take place from City Beach.

Following the unveiling: Reception with Ross at Three Oak Winery