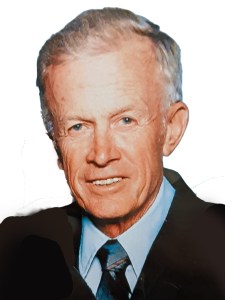 A livestream of the funeral will be available here: https://www.facebook.com/HoganBremerMooreColonialChapel/

Dale Richard Mehus was brought into this world on January 25, 1929 at his home in rural Northwood IA during a terrible snowstorm. The only son of Andrew and Helma (Harmon) Mehus, Dale grew up with his four sisters and was lucky enough to live in this same farmhouse his entire life. He was baptized and confirmed at Silver Lake Lutheran Church. From the farm he rode his horse to school, and spent his free time tending to many of the farm animals, with a constant dog companion at his side. Dale worked on the family farm, which became a century farm in 1976, until his retirement in 2005.

Dale looked forward to visits from his numerous nieces and nephews, many memories were made during their summers spent on the farm.

He met the love of his life Mary (Thorsfeldt) in 1980 and didn’t even run away when he found out she had three daughters, Kelly, Kim and Kris. The couple was married on August 17, 1985 at First Lutheran Church, and made their home on the farm until their move to Northwood in November of 2020. The girls truly became his own daughters, and he loved each of them dearly.

Dale and Mary enjoyed being charter members of the State Line Polka Lovers Club until they closed, and were current members of Grapevine Twist Square Dance club. The couple enjoyed traveling, whether it was to Norway to trace family history, Hawaii, Alaska, Iceland, or South Africa to visit family. Dale and Mary also found themselves traveling the United States for square dancing events, where they met countless beloved friends.

He was preceded in death by his parents: Andrew and Helma (Harmon) Mehus, sisters/brothers-in-law: Delphia Mehus, Marjorie and Harold Haugo, Daninah and Maurice Turvold, Elaine and Joe Kiggens, and Bob Dumke.