Dolores Hemingway, 90, passed away Monday, June 7, 2021 at her home in Geneva, MN. Memorial Services for Dolores will be held on June 25, 2021 at 10 AM at United Methodist Church Ellendale, MN. Visitation will be one hour prior to the service at the church. Funeral Service will be livestreamed on Bayview Freeborn Funeral Home’s Facebook page. 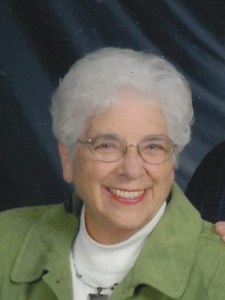 Dolores Beatrice (Johnson) Hemingway was born February 16, 1931 in Austin, MN to Ivan and Beatrice (Underdahl) Johnson. She grew up in Moscow Township and graduated from Austin High School. She then attended teacher’s normal training. Dolores attended and graduated from Mankato State College and taught in Gordonsville and Ellendale – Geneva schools for many years.

Dolores was preceded in death by parents, Ivan and Beatrice Johnson and sister Eleanor Iverson.

Dolores will be greatly missed by her husband Jerry; 6 children; brother Duane (Shirley); brother-in-law Melvin; 10 grandchildren, 10 great grandchildren, many nieces and nephews, other relatives and friends.