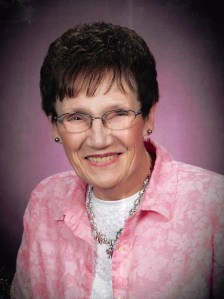 Dorothy was born to Raymond and Frances Schabow on December 9, 1931, in Berwyn, Illinois. They later moved to Boscobel, Wisconsin, where she graduated from high school in 1949. She married John Schoonover on November 19, 1950, and they had five children: Jeri, David, Todd, Tina, and Dale. They owned Jay’s Flower Shop in Boscobel for many years and enjoyed playing cards with friends.

After John died in 1969, Dorothy moved to Hollandale, Minnesota, where she raised dogs. Though she raised many breeds, her favorites were French bulldogs. She later moved to Albert Lea and purchased Flowers by Curt with her daughter, Tina, and son, Todd. Dorothy attended Grace Lutheran Church and was active in the community with groups like the Albert Lea Convention and Visitors Bureau and the Spark Plugs, welcoming tour groups to Albert Lea. She also volunteered for many years with Naeve Hospital Hospice. She later worked for multiple hotels in Albert Lea as a breakfast concierge.

Dorothy enjoyed going out for coffee and breakfast with friends, including Vi Mattson. She also enjoyed reading and knitting, making many knitted booties for her grandchildren, great-grandchildren, and friends. Along with a lifelong love of dogs, she kept birds in an aviary for many years. She also loved elephants and enjoyed collecting many stuffed elephants and figurines.

She spent her final years at Oak Park Assisted Living and Memory Care in Albert Lea, and her family would like to thank the staff for their care and kindness—especially during the pandemic when family visitation was limited. The family also thanks St. Croix Hospice for their support.