Gary Kevin Spilde – 70, passed away suddenly May 26th, 2021 at Landmark of Des Plaines in IL. He was born May 29, 1950 in Albert Lea, MN., the Son of Marvin B. and Beverly Jane (Flatt) Spilde. Gary resided in Rockton, IL near his daughter and grandchildren. 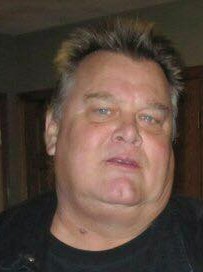 Growing up, Gary wasn’t much of a classroom student, but he loved reading his hot rod magazines. For him to even attend class, Gary somehow managed to work it out with his teachers that he’d be able to sit with those magazines in class, so long as he not disrupt the others. He then started his working life rather early at the ripe age of 13 in a gas station by saying he was 16.

In 1972 he married Denise Turvold from Austin, MN. They had their daughter Tonya Marie shortly after.

Gary relocated to Racine, WI some years later where he started his lifelong passion for truck driving with Ace World Wide Moving & Storage (Atlas) of Milwaukee, WI. He later purchased his own truck and drove independently. When he decided it was time to stay local, he sold his truck and started driving for a cement company; Zignego Ready Mix, until he was forced into retirement after a severe accident.

Gary enjoyed motorcycle riding, football and just about any sport his grandsons were in, NASCAR and Indy car racing as well as collecting his model cars. He was a loyal Minnesota Vikings fan through and through. He truly enjoyed riding his Harley-Davidson and attended the Motorcycle Rallies in Sturgis and Daytona. He always looked forward to his trips to MN to visit family and lifelong friends.

Many nieces, nephews and cousins.

There will be a Celebration of Life held for Gary in Albert Lea, MN yet to be announced.