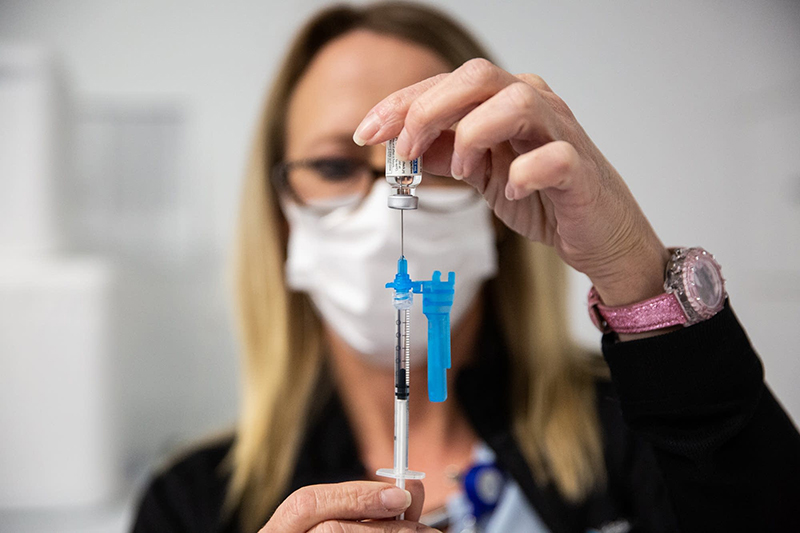 Minnesota’s most recent COVID-19 numbers continue to show a subdued pandemic largely in retreat. Key metrics remain down at levels not seen since April 2020. Hospitalizations and intensive care demands are receding rapidly.

The vaccination pace remains stubbornly slow. It will likely take seven more weeks now to hit the state’s goal of vaccinating 70 percent of the 16-and-older population.

State public health leaders once worried the end of the statewide masking mandate last month might deliver an uptick in COVID-19 cases, but so far it hasn’t happened. Instead, cases and hospitalizations have fallen and stayed down.

Known, active cases came in at 1,177 in Friday’s data. The state averaged 130 new cases a day over the past seven reporting days. Both figures continue to hover around lows from April 2020.

The Health Department reports 132 people hospitalized with COVID-19 in Minnesota — down by half from the start of this month — with 41 needing intensive care.

Daily hospital admissions are trending near their lowest point since data collection began in the weeks last year after the first COVID-19 case was discovered.

Four newly reported deaths on Friday pushed Minnesota’s pandemic toll to 7,531. Among those who have died, about 59 percent had been living in long-term care or assisted-living facilities; most had underlying health problems.

The state has recorded 604,291 total confirmed or probable cases so far in the pandemic, including the 115 posted Friday.

About 99 percent of Minnesotans known to be infected with COVID-19 in the pandemic have recovered to the point where they no longer need to isolate.

Case counts had crept up across the state during April following a massive spike in late November and early December. Now, though, the numbers are low and falling in every age group and region.

People in their 20s still make up the age bracket with the state’s largest number of confirmed cases — more than 111,000 since the pandemic began.

Although young people are less likely to feel the worst effects of the disease and end up hospitalized, experts worry they can spread it unknowingly to older relatives and members of other vulnerable populations.

Add in the more than 98,000 12-to-15-year-olds with at least one dose, and Minnesota’s topped 3 million residents with one or more shots. About half the state’s total population is now completely vaccinated.

The vaccination pace, however, is stumbling forward at this point. If it continues to crawl, it will be early August before the state reaches 70 percent of adults with at least one shot, a goal public health leaders once hoped could by reached by the end of June.

Minnesota’s also seeing big regional gaps in vaccination rates, with most counties outside the Twin Cities region still below 70 percent.

There has been progress: Houston, Carlton and Scott counties crossed 70 percent this week. With Scott reaching that threshold, Anoka is the only Twin Cities area county still lagging.

Active cases in Freeborn County drop down to 5

Freeborn County only had five active COVID-19 cases, according to the Freeborn County Public Health Department on Friday. The county has had several days this week with no new cases.

The Minnesota Department of Health stated as of Wednesday, 14,266 people had received at least one vaccine dose in the county, and 13,501 had received the completed series.