Second Lt. James R. Keating recently graduated from the United States Air Force Academy, Colorado Springs, Colorado, and has been assigned to the Space Force program in Vandenberg, California. He is the son of Jim and Christy Keating of Strongsville, Ohio, and the grandson of Mary and the late Raymond Keating of Albert Lea. Keating has one brother attending the U.S. Air Force Academy and another brother attending the U.S. Naval Academy in Annapolis, Maryland. 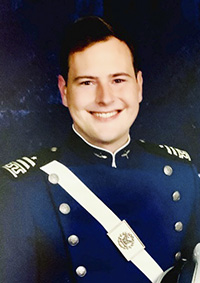